Thanksgiving is a uniquely American holiday. It is no longer (and perhaps never was) a celebration affiliated with any particular religion or faith, although some in America celebrate with religious ceremonies….

The first and most significant issue in discussing whether it is halachic [acceptable according to Jewish law] to celebrate Thanksgiving is whether it is permissible to eat a Thanksgiving meal, with the classical foods that American tradition indicates one should eat at this meal: turkey and cranberry sauce. Among the authorities of the previous generation, three different positions have been taken on this topic, and these three positions have each been accepted by various halakhic authorities of the current generation.

Note: To most American Jews, even most Orthodox Jews, there is no question about the appropriateness of celebrating to Thanksgiving; to them, it is a secular holiday that represents values important in Judaism and in American culture. To many traditionalist Jews, however, commemorating any non-Jewish holiday raises questions about biblical and rabbinic law forbidding Jews to imitate non-Jewish customs and traditions.

However, before these three positions can be understood, a certain background into the nature of the prohibition against imitating Gentile customs must be understood. Tosafot [a medieval Talmud commentary] understands that two distinctly different types of customs are forbidden by the prohibition of imitating Gentile customs found in Leviticus 18:3. The first is idolatrous customs and the second is foolish customs found in the Gentile community, even if their origins are not idolatrous.

Rabbenu Nissim and Maharik disagree and rule that only customs that have a basis in idolatrous practices are prohibited. Apparently foolish–but secular–customs are permissible so long as they have a reasonable explanation (and are not immodest). Normative Halakhah follows the ruling of the Ran and Maharik.

The Approach of Rabbi Feinstein

Rabbi Moshe Feinstein has four published responsa [rabbinic rulings] on the issues related to celebrating Thanksgiving, all of which conclude that Thanksgiving is not a religious holiday but a secular one. The first responsum, written in 1953, discusses the deliberate scheduling of weddings and the like on religious holidays of other faiths. Rabbi Feinstein states:

“On the question of celebrating any event on a holiday of Gentiles, if the holiday is based on religious beliefs [by the Gentiles], such celebrations are prohibited if deliberately scheduled on that day; even without intent, it is prohibited because of marit ayin  . . . The first day of year for them [January 1] and Thanksgiving is not prohibited according to law, but pious people [balai nephesh] should be strict.”

Rabbi Feinstein reinforces his understanding that Thanksgiving is not a religious holiday in a responsum published in 1980. He states:

On the issue of joining with those who think that Thanksgiving is like a holiday to eat a meal: Since it is clear that according to their religious law books this day is not mentioned as a religious holiday and that one is not obligated in a meal [according to Gentile religious law] and since this is a day of remembrance to citizens of this country, when they came to reside here either now or earlier, halakhah [Jewish law] sees no prohibition in celebrating with a meal or with the eating of turkey. One sees similar to this in Kiddushin 66 that Yanai the king made a party after the conquest of kochlet in the desert and they ate vegetables as a remembrance.

Nonetheless it is prohibited to establish this as an obligation and religious commandment [mitzvah], and it remains a voluntary celebration now; in this manner–without the establishment of obligation or religious commandment–one can celebrate the next year too with a meal. But, I think, nonetheless it is prohibited to establish a fixed day in the year for the celebration and it is only in the first year of the event, like when Yanai conquered, and then they had a party, and not for permanence. There is also a problem of adding commandments . . . Even though one can question the source, it is still a real prohibition.

Thus, Rabbi Feinstein appears to rule that Thanksgiving is not a religious holiday, and there is no problem of “Gentile holidays” while observing it. Nonetheless he prohibits its ongoing celebration as an obligation on a particular day because he feels that it is a prohibited addition to the Jewish calendar or creates a problem of adding commandments. It is clear that he sees no problem in Thanksgiving’s celebration as a Gentile holiday, and he appears to see no problem with eating a turkey meal on that day as a matter of choice, and not obligation.

Rabbi Feinstein, in a recently published teshuva [responsum] also written in 1980, seems to state that in fact there is a prohibition to celebrate Thanksgiving, even though he acknowledges that Thanksgiving has no religious content. In this teshuva he views such celebratory activity on Thanksgiving as irrational, and thus prohibited as a form of imitating secular society. However, a close examination of that letter reveals that the only time Rabbi Feinstein would consider that conduct prohibited is if it was done with celebratory rituals associated with actually celebrating Thanksgiving, (perhaps reciting a text or singing a song), and not merely eating a meal

Indeed, Rabbi Feinstein, in his fourth teshuva on this topic, clearly recognizes that even this is a stricture, as it is predicated on the approach which argues that secular rituals that have no religious origins are prohibited by the prohibition of imitating Gentiles, which he states is not the normative halakhah, but a mere stricture. In this teshuva, he states that the responsa quoted above is to be considered the normative one.

The Approach of Rabbi Soloveitchik

Rabbi Joseph B. Soloveitchik also agreed that Thanksgiving was not a Gentile holiday, and ruled that it was permissible to eat turkey on Thanksgiving. Rabbi Hershel Schachter, in his intellectual biography of Rabbi Soloveitchik, Nefesh HaRav, writes:

“It was the opinion of Rabbi Soloveitchik that it was permissible to eat turkey at the end of November, on the day of Thanksgiving. We understood that, in his opinion, there was no question that turkey did not lack a tradition of kashrut and that eating it on Thanksgiving was not a problem of imitating gentile customs. We also heard that this was the opinion of his father, Rabbi Moshe Soloveitchik.”

Others have also recounted that Rabbi Soloveitchik ruled this way, and that he found it difficult to comprehend how one could consider Thanksgiving a Gentile holiday or that it was prohibited to celebrate it.  Indeed, there were instances when Rabbi Soloveitchik implied to his students that he and his family celebrated Thanksgiving, although shiur [class] was always held on Thanksgiving.

The Approach of Rabbi Hutner

An exactly opposite approach to the rulings of Rabbis Feinstein and Soloveitchik appears to have been taken by Rabbi Yitzchak Hutner. Rabbi Hutner argues that it is obvious and apparent that–whatever the merit of celebrating Thanksgiving the first time in the 1600s–the establishment of an annual holiday that is based on the Christian calendar is, at the very least, closely associated with idol worship and thus prohibited.

Rabbi Hutner argues that such a celebration becomes a “holiday” through the creation of an annual observance and celebrating Gentile holidays is obviously wrong. Rabbi Hutner concludes:

Three conclusions to this article are worth noting:

Three basic approaches are taken by contemporary decisors (poskim) on the question of celebrating Thanksgiving. Some rule that Thanksgiving is not a Gentile holiday, but yet limit “celebration.” They would, apparently, permit eating a turkey meal. Others prohibit any form of involvement in Thanksgiving, as they rule it a Gentile holiday. Yet others view the day no different from Independence Day and allow any celebration appropriate for a secular observance.

Indeed, there remains a basic dispute that permeates this review and divides contemporary American halachic authorities of the last 75 years. The relevant issue is whether it is appropriate to distinguish between “secular society,” “Gentile society,” and “idol-worshiping society” in modern American culture. The validity of this distinction–which was not generally made by the decisors of Eastern Europe 200 ago for the society of that time and place–is extremely relevant to a broad variety of halachic issues related to contemporary American society.

Like many areas of Jewish law where there is a diversity of legitimate approaches, individuals should follow the practices of their community, family or rabbi, all the while respecting and accepting as halakhicly permissible other community’s practices. It is for the ability to respect and accept as legitimate the conduct of fellow observant Jews–sanctioned by rabbinic authority–that true thanksgiving to the Almighty is needed.

This article has so far avoided any discussion of normative halacha. Such cannot, however, be avoided, at least in a conclusion. It is my opinion that this article clearly establishes that:

1)      Thanksgiving is a secular holiday with secular origins;

2)      While some people celebrate Thanksgiving with religious rituals, the vast majority of Americans do not;

3)      Halakhah permits one to celebrate secular holidays, so long as one avoids doing so with people who celebrate them through religious worship; and

4)      So long as one avoids giving the celebration of Thanksgiving the appearance of a religious rite (either by occasionally missing a year or in some other manner making it clear that this is not a religious duty) the technical problems raised by Rabbi Feinstein and others are inapplicable.

Thus, Halakhah permits one to have a private Thanksgiving celebration with one’s Jewish or secular friends and family. For reasons related to citizenship and the gratitude we feel towards the United States government, I would even suggest that such conduct is wise and proper.

Excerpted with permission from a longer version of this article, which can be found on the website Torah From Dixie. 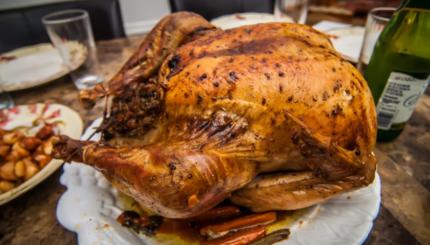 Though many Jewish children go trick-or-treating, this writer explains why he's against it. 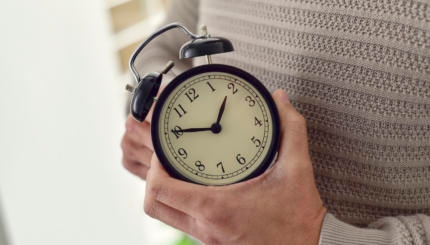 Starting Over At New Year’s

Turning January 1 into a Jewish-themed celebration