Havdalah (literally: distinction or separation) is the ceremony that marks the end of Shabbat and the beginning of the next work week. The rituals of sipping wine, smelling sweet spices, and creating shadows in the light of a multi-wicked candle are all designed to draw our attention to the vast gulf between Shabbat, the sacred day of rest that is a foretaste of the World to Come, and the rest of the week.

Jewish tradition teaches that drawing distinctions is critical — a key to wisdom, in fact. But it’s not just a distinction between Shabbat and the rest of the week that is celebrated in the Havdalah ceremony. The primary blessing for Havdalah highlights three other distinctions of import to the Jewish people:

Blessed are you, Lord our God, ruler of the universe, who distinguishes between the sacred and the profane, between light and darkness, between Israel and the other nations of the world, and between the seventh day and the six days of creation.

The four separations in this list are not value-neutral. We know that sacred is preferred to profane. Ditto Shabbat and the six days of work. Light and darkness, too, are not without moral valence. So where does that leave the distinction between Israel and the nations of the world? Are we to understand that Israel is superior to other peoples?

It is not troubling to say that Jews, like any group of people, are distinct — and to celebrate that uniqueness. But are we to understand from this prayer that Jews are better than other people?

The rabbis who formulated Havdalah drew these distinctions from the Torah, from places where the biblical text uses the same word, l’havdil (to separate), that gives us the name of this ceremony. As we can see from their recorded conversation in the Talmud, these four were not the only options available to them.

In the tenth chapter of Talmud tractate Pesahim, the rabbis discuss Havdalah at some length. They conclude that, strictly speaking, naming only one distinction — that between Shabbat and the other six days of the week — is necessary for the ceremony. And yet, in the spirit of beautifying and elaborating the ritual, they noted that as many as four other distinctions could be added to the list. They are:

Not all of these additional items imply a strong value judgment. Can we say which is greater, sea or dry land? And when God created the sky above and the sea below by separating the waters, and then subsequently populated each with birds and fish respectively, was there a strong sense that one was better than the other? This longer list allows for the idea that there can be distinctions between two things that have equal value. (And one would certainly hope this is the case for Israel, the Levites, and the priests as well.)

Toward the end of the Talmudic discussion of Havdalah, we find this argument about the final concluding blessing of the ceremony:

What formula should be used to conclude the blessing of Havdalah?

Rav said the blessing should conclude with the phrase: Who sanctifies Israel.

And Shmuel said the concluding phrase is: Who distinguishes between sacred and profane.

Abaye, and some say it was Rav Yosef, cursed those who concluded the blessing in accordance with that opinion of Rav. (Pesahim 104a)

Shmuel argues that the final blessing should point back to the main purpose of Havdalah — distinguishing between the sacred (Shabbat) and the profane (the six days of the week). But Rav suggests a different closing formula, “who sanctifies Israel.” Rav is likely using this formula because it echoes the conclusion of Kiddush on Friday night (“who sanctifies Shabbat”), creating a beautiful set of liturgical brackets around Shabbat. But Abaye vociferously condemns this formulation, whatever its literary merit, cursing those who close Havdalah by thanking God for sanctifying Israel. We could understand him to be registering disgust with those who would conclude the holiest day of the week with a statement of Jewish superiority. 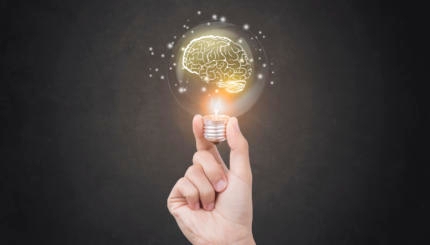 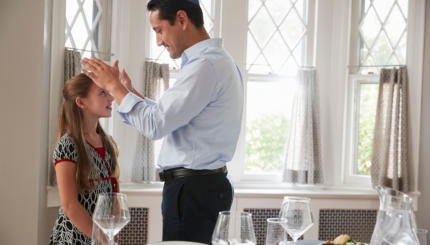