Traditionally, Jews are required to wash their hands and say a blessing before eating any meal that includes bread or matzah. The ritual, known as netilat yadayim, is typically done using a two-handled cup, but any vessel will do. There are various customs regarding how the water should be poured, but a common practice is to pour twice on the right hand followed by twice on the left (this is reversed for those who are left-handed). Hasidic custom is to pour three times on each hand.

Using the non-dominant hand to pour first can feel unnatural or awkward, highlighting that the washing is done for ritual rather than pragmatic purposes. The tradition is unrelated to personal hygiene, and a person is still required to perform this ritual even if his or her hands are clean. It is also customary not to speak following the recitation of this blessing until reciting the blessing for bread and partaking of some.

After washing, the is recited.

Blessed are You, Lord our God, King of the universe, who has sanctified us with Your commandments, and commanded us concerning the washing of the hands.

WATCH: How to Say Netilat Yadayim

The tradition of netilat yadayim prior to eating bread originated with the rabbis of the Talmud. It derives from various practices concerning ritual impurity from when the ancient Temple stood in Jerusalem. The priests who performed the temple rituals were given gifts of oil, wine and wheat that could be eaten only after ritual washing. For various reasons, the ancient rabbis extended this practice to all Jews before eating meals. Some sources suggest that the practice was instituted so the Temple’s washing ritual would not be forgotten.

Whatever the reason, the practice, incumbent upon both men and women, was established by talmudic times and later included in the medieval codes of Jewish law.

Some passages in the Talmud indicate that failing to wash hands before a meal is a significant transgression. One talmudic sage even says that eating bread without washing is tantamount to having sex with a prostitute, while another says that acting contemptuously toward this ritual causes one to be uprooted from the world.

On Waking in the Morning

This ritual, known as negel vasser (literally “nail water” in Yiddish), is rooted in the belief that certain impurities come to the body when it is asleep and is also typically performed with a two-handled cup. Morning washing is followed by the recitation of the same blessing said after washing hands before bread.

In some Hasidic and other communities, it is customary to wash the hands after a meal, a practice known as mayim acharonim, or “afterwards water.” Though not as widely practiced as pre-meal washing, both Maimonides and the Shulchan Aruch (16th-century code of Jewish law) considered this practice obligatory. No blessing is recited over mayim acharonim.

Prior to Reciting the Priestly Blessing

During the Passover Seder

Prior to dipping herbs in salt water, it is traditional to wash hands without reciting a blessing. This washing (called Urchatz and one of the 14 steps in a traditional seder) is in addition to the later washing prior to the seder meal at which a blessing is recited, since this washing is done in preparation for the eating of matzah.

Upon Returning from a Cemetery

This practice has various reasons attached, among them the need to remove evil spirits associated with burial grounds and a desire to establish a symbolic boundary between the living and the dead. No blessing is recited. 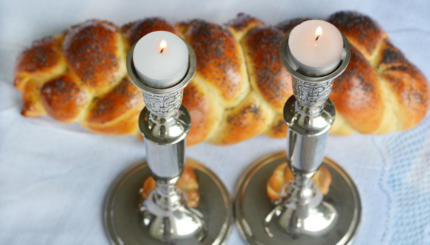 Why can't we talk between washing hands and eating bread? 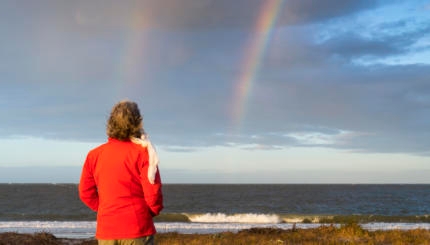