Entering the synagogue on the eve of Yom Kippur, that most “solemn” of Jewish holidays, it can feel as though one has traveled back in time. The rituals, theologies, even the language all feel ancient — or perhaps even older than ancient, transcending history itself.

All of this, however, is a fantasy.

In fact, Yom Kippur has always evolved. Last year, I wrote in this space about how Yom Kippur in biblical times was raw, pagan, magical, ecstatic, and utterly foreign to our contemporary experience. This year, I want to explore how much of what one experiences in a contemporary American synagogue is actually of quite recent invention.

Let’s start at the heart of Yom Kippur, with the aforementioned solemnity, reflected in mournful, minor-key melodies and grave theology about life and death. All new. In the time of the Second Temple, Yom Kippur was primarily a ritual of purgation performed by a priestly caste. The Talmud relates that after the culminating Temple ritual, celebrations broke out and romantic matches were made. Fasting and “afflicting the soul” are of biblical origin, but the tone of solemnity is more recent.

Likewise the Unetaneh Tokef prayer — a liturgical centerpiece of Yom Kippur invoking the various ways one might die in the year ahead, “who by sword and who by beast, who by famine and who by thirst” — is of medieval origin. Depending on which origin story you believe, the prayer dates from the 11th-13th century and reflects that period’s traumas and preoccupations. Indeed, the “official” story of its composition says as much, attributing the poem to an 11th-century rabbi who was gruesomely martyred rather than convert to Christianity and who composed it with his dying breaths. That legend is probably not true, but it highlights how the theology of a divine puppet-master, decreeing the time and mode of death of every person (or at least every Jew), reflects the suffering of Jews tortured and murdered in Christian Europe.

Kol Nidre, a similarly famous and problematic prayer, is older, dating to at least the 9th century.  But while it is ubiquitous today, it was initially quite controversial, as it formulaically absolves Jews of vows they made (or will make). The prayer was attacked by the Karaites as an example of rabbinic legalism, which indeed it was, reflecting the quintessentially talmudic penchant for working around an overly strict biblical prohibition. Only centuries later, after the tense of the liturgy was changed and combined with a completely different prayer, was it incorporated into the Yom Kippur service. Neil Diamond didn’t sing it until 1980.

How about the predominant experience of Yom Kippur in most Reform and Conservative synagogues: sitting quietly while a cantor melodiously intones prayers that almost no one really understands? This is an even more recent innovation, dating to the German reformers of the late 18th and early 19th centuries, such as David Friedlander and Hartwig Wessely, who wanted Jewish prayer services to be more like Protestant ones: an hour of “edification” (Erbauung) and “devotion” (Andacht).

Indeed, the entire choreography, costume, seating plan, and duration of Yom Kippur services dates from this period as well. Unlike the raucous mobs in cramped, traditional shuls, 19th century reformers wanted civilized Jews to sit quietly, in formal clothes, while hearing edifying words (in German) from a preacher and edifying hymns (with tunes often adapted from Protestant ones) from an inspiring cantor, usually accompanied by an organ. These were deliberate stylistic innovations, with specific religio-philosophical purposes in mind. Of course, most non-Orthodox synagogues have moved away from the starchiest forms of this choreography, but they have retained its basic structure, for better or for worse.

Even the conception of repentance (teshuvah) has evolved over time. As I wrote last year, the word that gives Yom Kippur its name, kapparah (usually translated as “atonement”), originally connoted more cultic catharsis than psychological introspection. It was a magical act, involving the pronunciation of the ineffable name, a precisely ordered blood sacrifice, and the placing of sins on to a scapegoat. Nowadays, teshuvah (which literally means “return”) can refer to anything from beating one’s chest in guilt and self-torment to “returning to who you really are” to making amends with people one has harmed to reparations for slavery and mitigation of climate catastrophe.

I could go on. Apart from fasting, nearly every word, symbol, and idea associated with Yom Kippur evolved for specific reasons which may or may not resonate today. My point is less to advocate for or against any particular liturgy or ritual, and more to invite a critical engagement with Yom Kippur as we find it presented today. Navigating Jewish text and history is about the search for a usable past, not fealty to some imaginary one that claims to have always existed, but in fact never has.

For some of us, this reality offers a spark of inspiration, since if so much of Yom Kippur has evolved so recently, perhaps it might evolve again to better respond to what is really timeless about the holiday: the human heart and its longings. It allows us to ask questions like: Which of these theologies, prayers, and actions can inspire us to more ethical action and better relationship with the sacred today? What does healthy introspection look like? What might true catharsis look like today, in which the burdens of the past year are let go so we can inscribe ourselves in the book of life?

While the synagogue observance of Yom Kippur may seem like a stable, solid, trans-historical whole, it is none of those things. Nor should it be.

This article initially appeared in My Jewish Learning’s Shabbat newsletter Recharge on October 1, 2022. To sign up to receive Recharge each week in your inbox, click here. 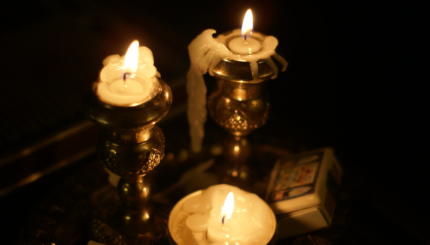 How to Say Yom Kippur Blessings 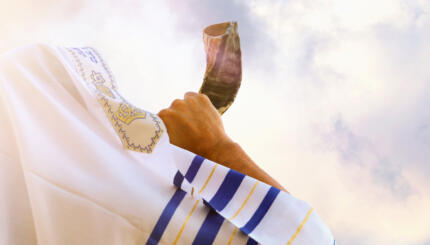 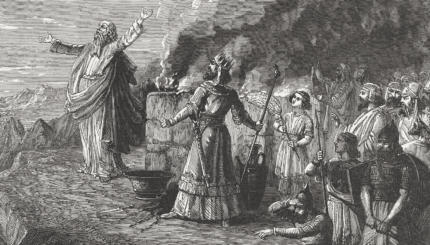