Where You Can Put Your Pink Ribbons

October is Breast Cancer Awareness month, and that means pink ribbons on everything from your groceries to your sneakers. But thinking pink is just the beginning. This month take some time to educate yourself about breast cancer issues, including the very high occurrence of breast cancer among Ashkenazi Jewish women, the BRCA1 and BRCA2 genes, recent medical developments, and organizations that can provide support when you or someone you know is dealing with a diagnosis.

First, the facts:
Jewish women carry genetic alterations that may increase the likelihood that they will develop breast cancer or ovarian cancer in their lifetime. Specifically, 1 in 40 Jewish women of Ashkenazi descent carry an alteration in what are referred to as the BRCA1 [Breast Cancer 1] or BRCA2 [Breast Cancer 2] genes, compared to 1 in 345 women in the general population who carry an alteration in those genes.

One in Nine
One in Nine is an Israeli non-profit organization dedicated to putting breast cancer and breast health awareness on the national agenda in Israel, improving services and support mechanisms available to women with breast cancer and those close to them, and empowering women to assume responsibility for their health.

BRCA1 and BRCA2 fact sheet from the National Cancer Institute

A March for the Living
Fewer than half of Israeli women over the age of 50 reportedly get a mammogram, leaving them dangerously exposed to the possibility of uncovering the disease only once it is too late. (JPost)

About six months ago I went out to coffee with some friends who, after about an hour of chitchat, gently ...

Some worry that the discovery of "Jewish" genetic diseases will negatively affect the image and treatment of Jews. 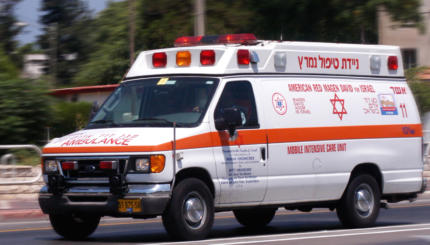 The imperative of saving a life is so great that all but three of Judaism’s religious commandments can be suspended if a life is at stake.