Why Gwyneth Paltrow’s Conversion to Judaism Will Confuse People

Question: I am at the beginning of the conversion process in the Conservative branch of Judaism. After I convert, I know I won’t be recognized as a Jew by some Orthodox Jews. So how should I behave if I visit an Orthodox synagogue? As a Jew? As a non-Orthodox Jew? As a gentile?
–Daniel, Spain

Answer: I know a lot of converts wonder about this, Daniel, but don’t worry so much about “acting like” a Jew or a gentile. Be yourself! It is a good idea to be prepared for some of the circumstances you might be presented with in an Orthodox synagogue, so here’s some information to help guide you.

I consulted with Rabbi Marc Angel, Rabbi Emeritus of Congregation Shearith Israel in New York, and author of Choosing to Be Jewish: The Orthodox Road to Conversion. He said that a person with a non-Orthodox conversion who visits an Orthodox synagogue, “does not need to say anything to anybody unless asked.”

I asked Rabbi Angel about making a minyan (prayer quorum), because according to the Orthodox take on halakhah (Jewish law), you need 10 Jewish men to make a minyan. If you showed up at an Orthodox shul and there were nine men there waiting for a minyan, do you have to tell them about your conversion? He said no, you don’t. In theory this means that there might be nine people praying under the impression that they had a minyan when, if they knew more about the situation, they may think differently. When I asked him about this, Rabbi Angel said, yes, this is a possibility, but if it happens, “God will forgive us.”

That said, according to Rabbi Angel, if you’re approached and offered an aliyah, at that point you should say, “Just so you know, I had a Conservative conversion.” By putting it that way, you’re allowing the gabbai, the person who organizes services, to decide if he still wants to offer you the honor. He may not be comfortable with it, in which case you’ll likely be asked to do something else, such as open the ark, or help dress the Torah after it has been read.

The Chabad movement often has a more stringent take on conversion, so I also spoke with Rabbi Avremel Blesofsky, of Iowa City Chabad. Rabbi Blesofsky suggests that if you know ahead of time that you’ll be attending an Orthodox shul you should call the rabbi and let him know about your conversion background and that you’re planning to attend services. This will allow you to avoid having to tell him on the spot, which could potentially be embarrassing. If you don’t know ahead of time, Rabbi Blesofsky suggests approaching the rabbi immediately upon entering and telling him that you had a non-Orthodox conversion. If you’re asked to take an aliyah, Blesofsky thinks you should simply tell the gabbai you’re not up to it, without offering any more information.

You probably already know that Judaism has pretty strict rules about not bringing up someone’s life pre-conversion. It’s considered very rude, and is frowned upon by Jewish law. So regardless of how you choose to present yourself at an Orthodox shul, don’t feel obligated to go into the nitty-gritty of your conversion back story. As Aliza Hausman, a conversion counselor and convert herself told me, “it’s really nobody’s business.”

As always, when visiting a synagogue you should be respectful of the customs of the congregation, and follow the lead of the regulars. Beyond that there’s no reason to give people the details of your journey to Judaism unless they ask for them and you’re comfortable discussing it. You’ll be fine! 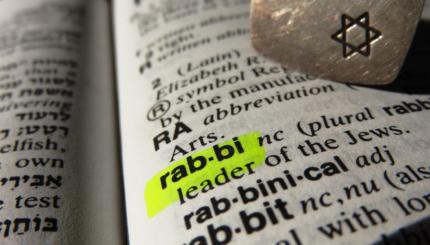