Months of the Jewish Year

The rhythm of Jewish life is determined by its calendar. Jewish existence is given structure and meaning by the passage of time. There are rituals, celebrations, and holidays that are observed on a daily, weekly, monthly, and yearly basis.  Time itself assumes a sacred function in Judaism, as is echoed in the blessing “Who sanctifies Israel and the seasons.” The first chapter of the Book of Genesis already imposes a weekly and daily structure on Jewish life. On the first day of creation, God creates the essential unit of time, the day. Seven days constitute a week, which culminates in Shabbat, the sacred day of rest.

Months of the Year

According to most scholars, it was only during the course of the Babylonian exile (after 586 BCE) that the Jews adopted the 12-month cycle that has since determined their calendar. As evidence of this origin, one can point to the names of the months, which are adaptations from the Babylonian names and generally not the names that were employed by the Bible.

There are various types of holidays in the Jewish calendar.

The basic ones date from biblical times. Of these, the most important are Rosh Hashanah, the Jewish New Year, and Yom Kippur, the Day of Atonement.  This category also includes the three ancient pilgrimage festivals, Sukkot (the Feast of Booths or Tabernacles), Pesach (Passover), and Shavuot (the Feast of Weeks, or Pentecost). A number of holidays were added during the post-biblical period, such as Hanukkah, (the Festival of Rededication). There are also a number of holidays arising out of the experience of the Jews in the 20th century that have gained widespread devotion, such as the somber Yom Hashoah (Holocaust Memorial Day) and the joyful Yom Ha’atzmaut (Israel Independence Day).

Special occasions in Jewish life call for special prayers, both at home and in the synagogue. Among the holiday prayers one is likely to encounter during the course of the year are: Hallel or Psalms of Praise on joyful occasions; Yizkor, or the Memorial Service, in memory of those no longer among us; and Musaf, or the Additional Service, in commemoration of the additional sacrifice offered in the Temple in Jerusalem on certain holidays.

This is the commemoration of the new moon and is an ancient celebration of the first day of the month. Rosh Chodesh literally means the “head” or first of the month. In modern times it has assumed renewed importance in women’s observance, since women’s lives are more strongly influenced by the changing monthly cycles than are men’s.

In Genesis 2 God rests on the seventh day of creation. In commemoration of God’s creative act Jews have celebrated the seventh day as a day of cessation from labor. However, this is not viewed in Judaism as a passive commemoration, but as an active sanctification of Divine time.

Over the course of the last two thousand or so years, most Jews have lived in the Diaspora, the lands of their dispersion. There they have become loyal citizens of the various lands in which they settled. The celebration of secular or national holidays has been embraced by Jews the world over and is often infused with Jewish values or meaning. However, in the modern world the temptation has also arisen among some to include various semi-secularized holidays of non-Jewish religious origin among those that are celebrated, such as Halloween, although the practice has proven controversial. 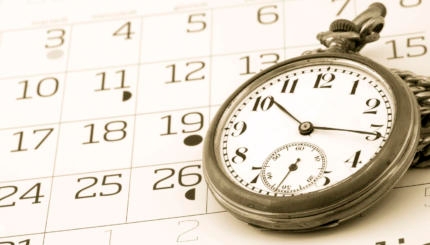