Jewish Shopkeepers in the American South

Attending Phillips Exeter Academy for high school is impressive. As is being a Princeton graduate, and an All-American football player, and the college football line coach at not one, but two, nationally recognized universities. Not to mention being an ambulance driver in a war zone, a pilot, serving in the legendary French Foreign Legion…

Having all these accomplishments under your belt by the time you’re twenty-six years old is not simply impressive, it is the stuff of legends! Honestly, it’s hard to believe that such a legendary person can even exist.

Well, such a legend did exist, and his name was Arthur “Bluey” Bluethenthal.

Born in Wilmington, North Carolina in 1891 to German Jewish immigrants Leopold and Johanna, Arthur completed his high school studies at the prestigious Phillips Exeter Academy in New Hampshire (1). He was then accepted into Princeton University. During his tenure at the coveted ivy league, Bluethenthal was a standout, especially on the grid iron. Standing 5’9” and weighing in at 186 pounds, Bluethenthal was a powerhouse center and the Princeton Tigers were a force to be reckoned with (2). During the 1911 season, Princeton had a record of 8-0-2 and gave up only 15 points that year; it’s no wonder then that Bluethenthal was named an All-American in both 1911 and 1912 (3).

These alone are enough accolades for a lifetime. But for Arthur Bluethenthal, this was only the beginning.

After graduating from Princeton in 1913, Bluethenthal served for a couple years as the line coach for Princeton and UNC (University of North Carolina). He also worked for his father’s business and in the tobacco industry. However, with World War I now engulfing Europe and the US still neutral, Arthur, like many other young American men, selflessly volunteered to help out the British, French, and Italians in their struggle against the Central Powers.

Bluey served first with distinction as a member of the American Ambulance Field Service (AAFS). Attached to the French Army’s 129th Infantry Division, he distinguished himself at the Battle of Verdun in the summer 1916, and was awarded the prestigious Croix de Guerre (with star) for bravery. After Verdun, he and other members of Section 3 of the AAFS were transferred to the Balkans front and saw temporary service with the French Army of the Orient (4). Despite many close calls with a death and a distinguished service record, Bluethenthal wanted more.

In the spring of 1917, Arthur enlisted in the French Foreign Legion and volunteered to become a bomber pilot in the Lafayette Flying Corps. After months of extensive training, he went into aerial combat in the spring of 1918 with Escadrille 227 (5).

Sadly, Sergeant Arthur Bluethenthal would not live to see the end of the “War to End All Wars.” On June 5, 1918, he was shot down and killed, the first North Carolinian to die in that terrible conflict (6).

Upon his death, the French government posthumously awarded him a second Croix de Guerre with palm (7). This was followed in 1922 by the Medaille Militaire (8). When he passed, the mayor of Wilmington ordered all flags within city limits to be lowered to half-staff (9); hundreds of Jews and Christians converged on the local theater to hear his rabbi, Dr. S. Mendelsohn of Temple Israel, eulogize the fallen hometown hero (10).

The life and times of Arthur Bluethenthal were extraordinary. They are part of our Southern Jewish heritage, and they deserve to be remembered. We are proud to help share these stories, and look forward to sharing more of them with our readers here and our friends everywhere. 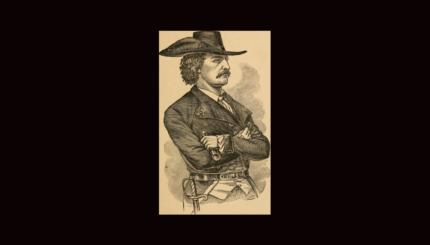 Skulls, Crossbones, and Stars of David

Y'all should read up on Jewish Pirates