Jewish activists have an important part of countless activist movements– from the global LGBTQ rights movements and civil rights movements to union organizing and women’s liberation movements, and beyond. Some of these activists have gone relatively unknown, and for some others, their Jewish identity has not been widely discussed as a part of their story.

In order to remedy this, here are five Jewish activists to know (and learn more about)! 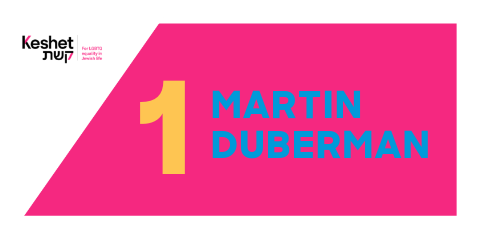 Martin Duberman was born in New York, NY on August 6, 1930. Duberman is known as one of the founders of gay and lesbian studies, and has been publishing works in the field for several decades.

Before coming out as gay, he was also involved in various political movements including resistance to the Vietnam War via refusal of tax payments and sit-in protests. In 1991, Duberman founded CLAGS, the Center for Lesbian and Gay Studies, at the City University of New York (CUNY). CLAGS was the first university-based research center dedicated to the social, political, and cultural challenges that face LGBTQ individuals.

Duberman has been published several dozen times,  including his books on the Haymarket Square Riots and on notable figures, including Howard Zinn and Paul Robeson. Among these other historical works, Duberman combined his expertise in gay and lesbian studies and history in multiple ways, most notably Stonewall (1994), “the definitive story of the LGBTQ rights uprising that changed America”.

Duberman is still vocal about his views on the gay rights movement and beyond. In 2018, Duberman was featured in an article in The New Yorker discussing where he felt the movement had strayed from its roots and how he thought that organizations like the Gay Liberation Front have failed while marriage came into center-stage.

Currently, Duberman is a professor at CUNY and publishing works frequently. 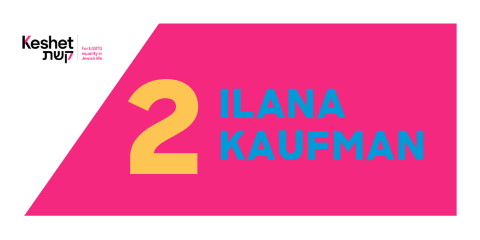 Ilana Kaufman was born on May 2, 1972 in San Francisco, CA. Kaufman has spent several decades doing educational work and, in 2012, joined the Jewish Community Federation of San Francisco. She has led countless trainings on addressing racism in the Jewish community.

Currently, Ilana is the director of the Jews of Color Field Building Initiative, which seeks to expand the communal, professional, and other kinds of opportunities for Jews of color. She also works with the San Francisco-based Jewish Community Relations Council as their Public Affairs and Civic Engagement Director.

If you want to find out more about Ilana, you can check out our 2017 interview with her on our blog. 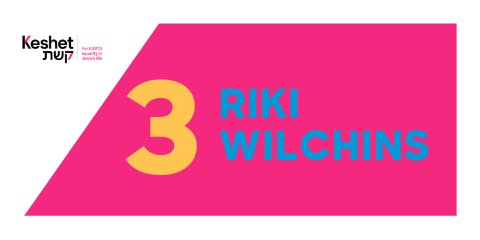 Riki Wilchins was born on April 3, 1952. Much of her work is focused on the impact of gender norms and the gender binary.

In 1995, Wilchins founded GenderPAC, an organization dedicated to issues of gender rights. GenderPAC began with a focus on transgender rights issues but has since broadened its scope to other groups impacted by issues of gender rights, such as gender non-conforming individuals more broadly. In 2006, GenderPAC issued a report on gender and gender-expression related violence titled “50 under 30: Masculinity and the War on America’s Youth”.

Wilchins is the author of several works, including 5 books on gender issues: Read My Lips: Sexual Subversion and the End of Gender (1997), GenderQueer: Voices from Beyond the Sexual Binary (2002), Queer Theory/Gender Theory: An Instant Primer (2004), TRANS/gressive: How Transgender Activists Took on Gay Rights, Feminism, the Media & Congress… and Won! (2017), and Burn the Binary! — Selected Writings on Living Trans, Genderqueer & Nonbinary (2017).

Since 2010, Wilchins has been the Executive Director of TrueChild, which seeks to “improve life outcomes for all youth by helping funders and nonprofits challenge rigid gender norms”. In 2020, her sixth book, Gender Transformative Practice: A Guide for Funders, Policymakers, & Practitioners is scheduled to be published. 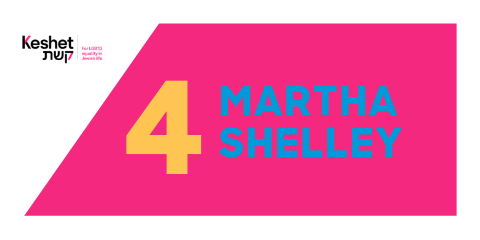 Martha Shelley was born on December 27, 1943 in Brooklyn, NY. Shelley is a long-time lesbian activist, poet, and author.

In 1967, two years before Stonewall, Shelley began her involvement with the lesbian organization Daughters of Bilitis, where she started using the pseudonym “Martha Shelley”, which has since become her legal name. On the night of Stonewall, Shelley was showing two Boston women around New York City and talking to them about their desire to establish their own Daughters of Bilitis chapter. Soon after, she and others organized a demonstration for gay and lesbian rights. The organizing for this demonstration led to the establishment of the Gay Liberation Front, which, beyond their work on gay and lesbian rights, was also anti-racist, allied with The Black Panther Party, and anti-capitalist. The Gay Liberation Front also held popular weekly dances.

Shelley has written works that have been published independently, in magazines such as Come Out! and Ms., and in a variety of anthologies including Nice Jewish Girls, The Women’s Seder Sourcebook: Rituals and Readings for Use at the Passover Seder, and Speaking For Ourselves: Short Stories by Jewish Lesbians. Some of her independent publications include Haggadah: A Celebration of Freedom (1997), The Throne in the Heart of the Sea (2011), and others. 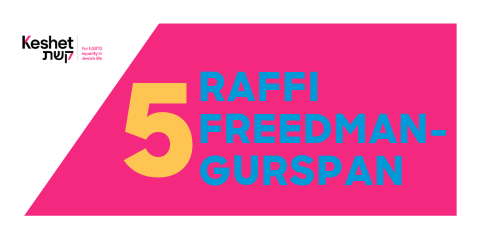 As of 2017, Freedman-Gurspan has joined the National Center for Transgender Equality again to work as their Director of External Relations.