2018 is the year of the Women in politics.  The last time this title of distinction was granted was 1992.  And it was because of you.  In 1992, I was too young to understand you, who you are and what you would mean to the world.

In 1992, there were two women in the US Senate; Nancy Kassebaum of Kansas and Barbara Mikulski of Maryland. There were 29 women holding seats in the house of representatives. In that year, 222 women ran for house seats.  52 women ran for Senate seats.  Four additional Senate seats were won by Barbara Boxer, Patty Murray, Carol Mosely Braun, and Diane Feinstein and the number of women in the house of representatives increased by one.

But of the two women in the Senate before the ’92 election, neither sat on the judiciary committee before whom you stood as you shared your incredible testimony about your abuser, Supreme Court Justice nominee, Clarence Thomas.  I was fifteen.  I remember you, the lone African-American woman against a sea of white-haired, white men.  I remember being proud we were putting an African American man on the Supreme Court.  I did not then realize he was replacing Thurgood Marshall, also an African American man.  In my young mind, I thought I was witnessing a first.  And I remember thinking all the terrible things we were taught to think then-about a woman who cried “misconduct” and “got in the way” of the progress of a man’s career. I thought you were jealous or spiteful or lying or just plain wrong.  I am so sorry.  I remember as the hearings progressed, as the details, the painful, embarrassing, debasing details emerged that I wondered and I questioned and rejected my original biases.  I remember thinking, they will never believe her so why even try?

Perhaps you knew the reason to try. I knew then, at fifteen, what the world was and wasn’t for women.  And you changed that. And I am grateful.  History credits you, your bravery and your courage, and the way that you, with great dignity, faced down the racism and the sexism in that room, for inspiring those 273 women who ran for office in the US Senate and the US House of Representatives in 1992.  The behavior by those men was shameful and embarrassing.  In listening now to your hearing then, they were not investigating you. They were teasing, mocking and harassing you anew.  Not only did you need to relive the grotesque events you endured with Mr. Thomas, you then also had to face the onslaught of additional attacks from your elected officials.

I owe you an apology for not having stood up and said no, that this is wrong.  We all do. In December of 2017, Joe Biden the chair of the judiciary committee you stood before, said he owed you an apology.  So do all the rest of those men on the Senate Judiciary committee that year: Hank Brown (Colorado) Dennis DeConcini (Arizona), Charles Grassley (Iowa), Orrin Hatch (Utah), Howell Heflin (Alabama), Edward Kennedy (Massachusetts), Herbert Kohi (Wisconsin), Patrick Leahy (Vermont), Paul Simon (Illinois), Alan Simpson (Wyoming), Arlen Specter (Pennsylvania), and Strom Thurmond (South Carolina).

I hope the sense of shock I have now will motivate me, and all of us, to do it differently this time.  This is “The Year of the Women.”  This time, it is the plural, Women, not Woman. Currently, 19% of our congress is made up of people who are women.  And that is the same percentage of women in the Senate in Afghanistan. Afghanistan. This year, 468 women are running for Congressional seats.  Fifty-one women are running for Senate seats.  I think the MeToo movement, the open misogyny seen in government, a sense of acute horror at the way people in our own country are treated in our name, the sense that so many of our systems are failing so many of us are all factors inspiring people, especially people who are women, to come out in droves to exercise more control over our government. Already we are seeing a slew of firsts, like eighteen-year veteran New York State Representative and Democratic Caucus chair, Joe Crowley defeated by a first-time candidate, Latina, woman, and Democratic-Socialist, Alexandria Occasia Cortez. This fall promises to be an exciting season politically.

And this matters.  Our governance matters not just because of how it dictates our lives, but how it represents who we are.  Rabbi David Ellenson, the president of Hebrew Union College-Jewish Institute of Religion, describes this point beautifully in his description of Jewish legalist, feminist and pioneer Rachel Adler:

He writes, “Yale University law professor Robert Cover…argued that law itself functioned in two modes, one “imperialistic” and the other “jurisgenerative.” The former approach was marked by an emphasis upon authority and the application and enforcement of rules…However, Adler herself embraced the latter mode that Cover had adumbrated [outlined] as more promising for her own enterprise. In this mode, the law is viewed as embodying a paidea—the highest ideal of the community—that is embedded in a master narrative of the community; the ongoing enactment of legislation and the rendering of judgments attempt to give this ideal ever more exact and just application over time. So perceived, the empire of law is a vital element of any healthy culture and the task of the legist or judge is a constructive one. Law constitutes a ‘bridge to a better world.’”  We want our legislative system to lead us to a better world.

I remember sitting in a meeting with Georgia’s four state senators who are women in 2012, as part of a training for women learning to create legislation. Twenty years after you sat before a different legislative body, these four women shared their wisdom.  And then they looked at each other and looked at this room full of 20 or so women and they talked about the comments, the inappropriate touching, the condescension, and the bitter pill of smiling in the face of men who mocked them for the sake of jurisgeneration.

Harvey Weinstein, Roy Moore, John Travolta, Jeffrey Tambor, George Bush, Garrison Keillor, Bill Cosby, and in the Jewish world, Steven Cohen among so many others. The change is happening. And you were a critical early domino that fell for the sake of the rest of us.

It is happening because these new candidates, according to The New York Times’ “The Daily” Podcast with Michael Barbaro on this issue, “[are] speaking more personally, about drugs, guns, student debt, freedom, and hope; Things women have been told to stay away from.”  These women are fearless because what could they possibly lose There is no one story, it is diverse and universal at the same time.  And it is making a difference and it is getting attention.

In this same podcast, California Senator Diane Feinstein, who attributes to you her bid to be a US Senator, says that what happened to you would never happen now. “We in the Senate will not tolerate the abuse.”  Before she could answer if that is the legacy of 1992, she had to leave the interview for a vote on the Senate floor.

For me, the legacy of 1992 is the knowledge that we all must do better and differently.  In the Jewish world, we have just entered into the eserai yamei teshuvah, the ten days of repentance between Rosh Hashanah, the Jewish new year, and Yom Kippur, the day of atonement.  During these days, we are called to make changes in real earnest in order to create for ourselves a better future.  Within the liturgy of the holy days, we offer many confessions of sin. Rabbi Dov Peretz Elkins writes “The group recitation of the confessional is intended to remind us that the failure of the individual is very often the result of the shortcomings of the society or community in which one lives.”   This year I am thinking quite a bit about the nature of communal repentance, of communal change, of communal apology.

The whole point of this time of year is teshuvah which means turning or return or change or maybe even pivot slightly.  Often, we think of it as changing behavior or even seeking out a pure state of being. The central root of the word, teshuvah, means turn or spin. I think, instead of the grand change, it has to do with slightly shifting one’s gaze. By moving just a few degrees, we can end up somewhere else.

And so I am thinking of you.  Looking backward to see where we have come from and hoping it will move me, move all of us in a new direction, a new future. My hope for this time of year is a collective confession of our wrongdoing.  In 1992, we missed the mark and I hope in the years ahead we will, for your sake, for our sake and for the sake of heaven, do better.

Over the past several decades, we have made great progress in moving beyond the days when domestic violence was considered ...

Leave Your Seatbacks in their Full, Upright Position

A minor cultural kerfuffle flared up recently about airline seats and the question of whether to recline or not.On a ... 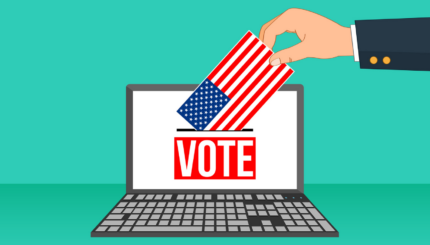