The World of Jewish Music

Before I was a historian of southern Jews, I studied Jewish music (mostly klezmer) as a folklorist. It’s been a few years since I got really excited about a new Jewish musical project, but a new release has pulled me back in.

I’ve been listening to Anthony Russell’s Convergence on repeat since it came out earlier this month. The eight-song EP represent a years-long project through which Russell “set out to create a new musical idiom by combining two distinct older ones: African American spirituals and the music of Jewish Eastern Europe.” Most of the tracks combine lyrics and melodies from traditional African American songs and Jewish source material, not so much juxtaposing the two musical streams as playing matchmaker between tunes and words that, as it turns out, were already basheret.

In his own words, Russell sought to create musical pieces that “hold up to scrutiny” by weaving together “melodies and texts that sit together comfortably.” It doesn’t hurt, of course, that the veteran klezmorim of Veretski Pass (Cookie Segelstein, Joshua Horowitz, and Stuart Brotman) provide most of the instrumental accompaniment.

Convergence is a pleasurable listen. As someone who rarely listens to classically trained vocalists, Russell’s rich, measured singing has helped me appreciate a new style. Plus Veretski Pass’s deft moves from genre to genre—klezmer, jazz, contemporary classical, and more—drive home the excitement of Russell’s thematic and musical connections. On the “B side” of the EP, recording effects, percussive hits, and sampling expand the auditory palette, even as the lyrics shift to more overtly political themes (including social and economic inequalities and mass incarceration).

The other pleasure of Convergence comes from puzzling out the connections between the English, Yiddish, and Hebrew lyrics. “Horses,” for example, brings together “All the Pretty Horses” with “Hayda-liu-liu.”

Deep into the song, Russell sings, “way down yonder in a meadow / there’s a poor little lambie / butterflies ‘round his eyes / poor thing’s crying for his mammie.” It is the verse of “All the Pretty Horses” that reflects most clearly its likely origin as an African American lullabye. Immediately afterward, he returns to another verse of “Hayda-liu-liu”: “Der tate iz in feld avek / In feld avek mayn kind / A bliml vet er brengn dir / A blimele mayn kind (father is away in the field / away in the field my child / he will bring you a flower / a little flower my child).” Both verses suggest children and parents separated by a parent’s labor, even as the economically necessitated estrangements undermine the beauty of the pastoral scenes. Moreover, both verses come from folkloric sources. American folklorists recorded versions of “All the Pretty Horses” beginning in the early 20th century, although it dates back to the 19th century, and this recording of “Hayda-liu-liu” follows a version that Mordkhe Schaechter learned in a Displaced Persons camp in Vienna in the late 1940s.

As Russell’s work brings together Jewish and African American song, it also necessarily connects Jewish and southern musical cultures. The lullabies, spirituals, and work songs from which he draws all developed in the contexts of black southerners’ enslavement, emancipation, exploitation, and struggle. Russell notes that the project’s careful pairings represent neither a “fantasy” with “no precedent,” nor a simple equivalence between African Americans’ and Jews’ particular histories of suffering and struggle.

For me, a historian of Jews in the South, the southerness of the music drives this complexity home, because our long history in the region casts us in the roles of religious outsiders, hopeful migrants, beneficiaries and perpetrators of anti-black racism, and (at times) allies in the struggle for civil rights. The songs work because they trace parallels without erasing differences. And in doing so, they conjure the possibility of historic overlaps, interactions and intersections, unrecorded or unrealized, accessible only in speculation.

Convergence is available for purchase and/or streaming on CD Baby, SoundCloud, iTunes, and Amazon. 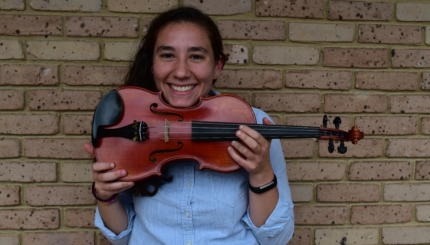 Why I Help Bring Jewish Music to the South

“So how long have you been a singer?”It’s a question I’ve been asked from time to time, and one that ...

A unique sound emanating from a unique place