Joy’s Journey Across the Divide

In 2008, California faced the prospect of a conservative-backed referendum for a constitutional amendment that would only permit marriages between a man and a woman, overruling a judicial decision that had allowed for same-sex marriage. Proposition 8 sparked a heated debate over maintaining a progressive future or reverting to an oppressive past.

Massachusetts faces a similar clash over a referendum that would either defend and cement trans rights to public spaces or strip people of their dignity and freedom. Just as Prop 8 preyed on people’s fears and presents a confusing message on how to vote and advance progress, the Massachusetts referendum relies on baseless terror and restriction of civil rights.

I was a high school senior in San Diego, CA as the debate raged over Prop 8, months shy of being able to vote and support the right to marriage for all. Deeply frustrated by this reality, it didn’t prevent me from joining marches and having intense conversations with people in my classrooms and in my family. I’d only just started coming to terms with my sexuality, and beginning to have conversations with my friends about that part of my identity. Though I claimed that I fought against Prop 8 because of my politics and my avowal to civil rights, I also knew for myself that it was personal.

Now, I’ve grown and evolved, coming to understand myself more and more. I realized that it was not only my sexuality that wasn’t normative, but that my gender was as well. I identify as nonbinary, someone who’s neither a man nor a woman, but another gender entirely, and maybe even outside of the either/or binary or spectrum of gender. When people and structures try to create laws that restrict the rights and access trans people have, I feel that personally as someone often uncomfortable or afraid of violence in public spaces from movie theatres to parks to restrooms.

Moreover, as someone in deep relationship with trans folks and with a deeper commitment to social justice than even my brash and bold high school self, I’m terrified at the thought of what repealing a law to protect transgender people in Massachusetts could mean for my siblings there and throughout the United States.

Every debate matters, every struggle ripples out. Massachusetts stripping away rights from trans folks within their bounds would send messages to states and communities elsewhere whose transphobia runs even wider to be emboldened in their plans for discrimination. Because it is discrimination to deny people equal access and use of the spaces that are designed for all of us, the public.

When Prop 8 was at hand, we faced confusing directions and flagrant messaging. To support same-sex marriage, one had to vote no. To deny LGBQ rights required voting in the affirmative, or as the bigots called it, supporting family values and safety.

Similarly, in Massachusetts, the anti-trans campaigners are promoting a values and safety message: that the simple act of trans people being able to exist in the world as any other might–view art, use a restroom that connects to their authentic gender, sit and have a meal–is a risk to children and women. This cannot be listened to. The risks they mention are hatred-fueled phantasmagorias.

We’re in a time of fear. Fear of losing hard-won fights and of not being able to progress. And a time when people have the power to legislate from their fear of what they don’t understand or want to understand. We see this across the country and within our own communities, even in the ones we consider to be bastions of progressive politics. We must move through that fear and reach the place of compassion.

In California, it took years but eventually we got our rights back. The courts ruled Prop 8 to be unconstitutional and upheld what we knew all along–that all people deserve to have equal access to the institutions that make our society. Massachusetts faces a similar moment: to let rights be taken away and have to start a new struggle to gain them back, or to secure them and support trans rights.

For more information on this campaign, and how Keshet is working to uphold public accommodations protections for transgender folks in Massachusetts, please click here! 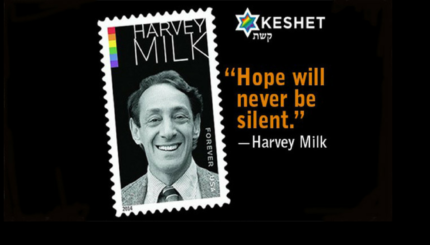 Mazel Tov! DOMA and Prop 8 are struck down

Two years ago this summer, I stood under a chuppah (marriage canopy) with my wife. Because we live in Massachusetts, ... 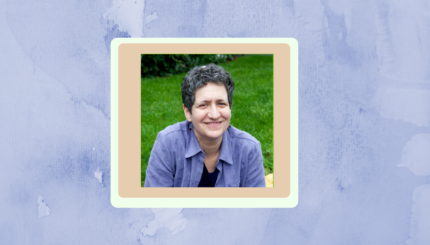 An Interview with Rabbi Toba Spitzer

The first openly LGBTQ person chosen to head a rabbinical association in the United States.