The Pedagogy of Nemo: What a Winter Storm Can Teach Us About Shabbat

While I certainly use my iPhone to check my e-mail and make calls, far and away, what really drains my battery are apps like Cut the Rope, Dark Nebula, and Words with Friends. Like almost everyone else on the planet, I simply love playing games.

But why? What is it about games that draw people in?

According to psychologist Alison Gopnik, it’s because the best games place us right into a sweet spot in the interaction between two poles — structure and creativity.

Sometimes, structure stifles creativity. That’s why Tic-Tac-Toe gets so boring so quickly because there’s no space for imagination.

But for the most dynamic games, the rules can actually enhance our ability to be creative.

One of my favorite examples comes in a podcast from WNYC’s Radiolab, where co-hosts Jad Abumrad and Robert Krulwich interview chess expert Fred Friedel. Friedel wrote a computer program listing every chess move that has ever been played in any tournament. It’s called “Fritz.”

Now, whenever you play a game of chess, your first move has probably been done millions of times. After all, just about everyone starts with one of their pawns moving forward. But as the game progresses, the number of previous times a board position has occurred gets fewer and fewer and fewer. It goes from the millions to the thousands to the hundreds to the tens to the single digits.

Eventually, there comes a moment in the game that has never happened in tournament history. As Friedel describes it, the board is “in a position that has never occurred in the universe.” And when the game gets to that moment, as Abumrad and Krulwich tell us, it feels like “you get a peek at something infinite.”

What’s fascinating is that “a peek at something infinite” is not only something that happens in games. A “peek at something infinite” is truly the goal of prayer. And we get that glimpse when we find improvisation, imagination, and creativity within the limits of a clearly defined set of rules. As Krulwich says, “[A game] has a small field of play, but then you step into it, and…whoosh!”

We want that “whoosh!”, but in order to get there, we need guidelines. As Rabbi Abraham Joshua Heschel argues, when it comes to prayer, spontaneity is the goal, but continuity is the way. And so Jewish prayer at its best has much in common with the best games — they both live in that space where structure helps us engender wonder and imagination.

In Judaism, prayer involves those two components — keva, the fixed words and set times we should pray, and kavannah, the intentionality and inspiration prayer is supposed to create. Often, keva is disparaged or ignored, because it feels boring, or repetitive, or that it’s simply rote recitation.

But when prayer is at its best, keva actually helps us get to kavannah. Rabbi Shawn Zevit says it well:

What is the structure that allows you to express your longing, your thanks, your wow, your reflection? I find that prayer, the structure of it and our own particular Jewish nuances of it, is an optimal part of the living diet for well-being In the Jewish modalities of prayer, those very longings, those very human dimensions are addressed… (in Comins, Making Prayer Real, 146-7)

We want to be inspired. We want to find strength. We want to feel connected to something larger than ourselves. But those moments rarely happen by accident.

By giving us a framework, rules and structures can help us get there. They remind us to practice. They tell us what to look for. And they allow us to regularly experience the ordinary so that we can be ready to experience the extraordinary.

Indeed, that’s the deep connection between both games and religion. In a review of Robert Bellah’s book Religion in Human Evolution, Charles Mathewes reminds us that,

…[p]lay involves a dialectic of freedom and constraint, or better, freedom within constraint. This is obviously so in games, but equally so in any form of play. The boundaries of play, the delimiting and the defining of the conditions of play, themselves can stand in a kind of dream-like state of critical assessment…

In short, play nourishes us, makes us fully human, equips us for the reflective agency and enables us to understand that behind (or above) the routines of the everyday there can be a carnival of an altogether different sort.

In other words, “playing” and “praying” have much more in common than we may think.

Jewish Ritual and “The Checklist Manifesto”

Jewish ritual is complicated. Take the most recent ritual we just celebrated, the seder. It has 14 steps, each of which is to ... 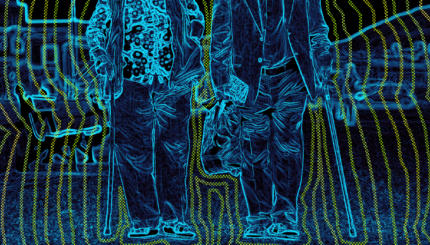 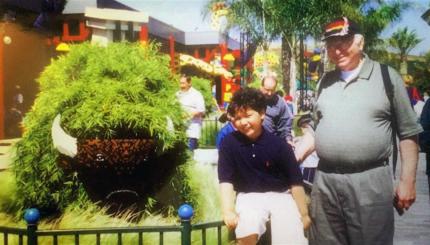