There was nothing typical about photographer Jaime Permuth’s Jewish childhood in Guatemala. Even so, Passover stood out among the holidays he experienced. In the first of two posts, Be’chol Lashon caught up with Jaime to learn more about Jewish life in Guatemala and Passover in particular.

Be’chol Lashon: You grew up in Guatemala. How big was the Jewish community? What was your childhood like? Was your family religious? Involved with Jewish life?

Permuth: There are more Jews in a single block of Crown Heights, Brooklyn, than in the whole of Guatemala. As far as I know, the Jewish community has always hovered between 1,500 to 2,000 members strong. And yet, there were three synagogues growing up and for a time we even had a Jewish school as well. My father was a founder of Maccabi Hatzair and later in life served as President of the Jewish Community as well. My mother was President of Keren Kayemet. When my parents asked me if I preferred to have a big party in Guatemala City for my Bar Mitzvah or just have an intimate ceremony at the Kotel in Jerusalem, I didn’t hesitate for a second, and we all visited Israel as a family for the first time. This was a turning point in my life. As soon as I completed high school, I moved to Israel, where I studied both psychology and English literature at the Hebrew University of Jerusalem.

Be’chol Lashon: Guatemala is a largely Catholic country. Did you feel welcome and accepted there as a Jew?

Growing up in a tiny Jewish minority was difficult at times, and I probably made it worse than it needed to be. I answered the usual childhood taunts and provocations with my fists when just a bit of wit and humor would have been enough to quiet them. At any rate, I always felt like an outsider. The camera around my neck didn’t help either; people always took me for a tourist in my own country. It wasn’t until I was living far away in Jerusalem and later in New York that I started to yearn for my native country and feel how deeply rooted and connected I was to it after all.

Be’chol Lashon: Passover stands out among the Jewish holidays, why?

Permuth: Of all the holidays, Passover is the one that makes me most nostalgic. Our family Seder would always take place in our country home, located on the outskirts of the colonial city of Antigua, Guatemala. Somehow, when we opened the door for Eliyahu Hanavi to join our table, the entire house was filled with the murmur of the night outside, in a valley surrounded by volcanoes. The promised redemption of an eventual return to Jerusalem seemed near at hand.

Be’chol Lashon: Where there any particular Guatemalan customs or foods?

Permuth: Not during the Seder, which was strictly old country Poland: gefilte fish, matzoh ball soup, roasted veal shank, and potatoes, and for dessert a hazelnut torte. But the rest of the holiday would most certainly see its fair share of hand-made corn tortillas, carne asada, guacamole, refried black beans, and fried plantains!

Be’chol Lashon: Given your family history, did the story of the Exodus have a particularly personal meaning?

When I left Guatemala at age seventeen and moved to Jerusalem, I saw that journey as the ultimate homecoming. However, I eventually realized that, as much as I loved the country, I was not an Israeli either. There were—and may yet be—many other journeys waiting for me.

Be’chol Lashon: How do the story and themes of Passover resonate for you as an artist? As a person who has moved homes several times?

Permuth: During the course of my artistic practice, I have returned over and over to the themes of exile and redemption. What makes a person leave behind their country of birth, their family and traditions, to wander among strangers in unknown lands? Is this a form of betrayal or an act of love? What is the meaning of faith, freedom, and servitude in an open society? Where lies the threshold between the sacred and the profane?

With each new decade of life, a face I no longer recognize stares back at me from the mirror. The continuity in my life is the art-making. Every new project is an effort to deepen my understanding of things, to reconcile myself with the passage of time, and an opportunity to return to old questions from a fresh vantage point.

And through it all, the golden light of Jerusalem still shines, beckoning from a distant horizon. 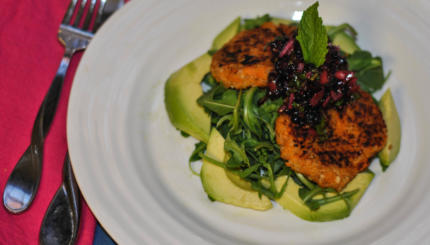