A Lesson from Moses to Martin Luther King Jr.

One hint comes from Clarence B. Jones, one of King’s lawyers and closest advisors. Jones has said that he believes King would not shy away from criticizing Israel over specific policies, but that he would not stand for efforts to delegitimize the Jewish state. “No African-American leader of national stature was more passionate, privately and publicly, in fostering a working coalition with the Jewish community and his support for the State of Israel,” Jones said of King in 2014. 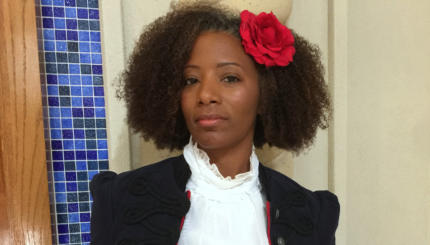 Not seeing her own experiences in the traditional Jewish prayer book, this Black Jewish woman wrote her own.

What’s the first Jewish holiday we’ll be welcoming in the secular New Year of 2014 (besides Shabbat, of course)? Tu ...

The Civil Rights Movement is one of the most compelling chapters of American history. State and federal governments were right ...