I’m constantly amazed by the role new technology plays in our lives. Social media (and, of course, the advent of smartphones) means that photography is everywhere. And between 2010 and 2013, something changed: we began to take more photos with phones than with cameras. Twenty years ago, packing for a family vacation meant budgeting precious luggage space for a plastic bag full of film canisters. We couldn’t have imagined a rectangle with a 5.8-inch screen taking 12 megapixel photographs and instantly uploading them to the internet (hey, iPhone X); we were too busy driving to the drug store to pick up a paper envelope full of glossy 4×6 prints.

Photography has long played an important role in documenting human experiences. In the Civil War and World War I, photography was an essential element of how civilians began to realize the extent of the war. Films of World War II contributed even more to the public’s understanding of the horrors of war. Films from the liberation of concentration camps are burned into our memories. So, too, are more recent images caught on film, like clips of news footage from September 11, 2001.

But in the past ten years, photography has become a daily reality in a way that I couldn’t have imagined even during my childhood. According to a recent Atlantic article, Snapchat users share 8,796 photos a second. Facebook hosts 350 million new images each day. Every two minutes, humans take more photographs than ever existed in total a century ago. Facebook contains more than 10,000 times the number of images archived in the Library of Congress.

So Facebook is an archive. But is it a good one?

There’s plenty of work to be done on the new and exciting challenge of archiving social media. But as a public historian, what I’m trained to think about is the way in which this brave new world of Instagram selfies, Facebook posts, Tumblr blogs, text messages, emails, and, yes, those 280-character tweets, has changed the way we remember. Regular Facebook users experience an almost-daily notification: “You have memories to look back on today.” You’re taken to a page of posts and links and photos you’ve shared over the years since you joined the site. Sometimes you click “share,” and your hundreds of friends remember with you. There’s a deep value in that, I think, especially in the context of Judaism.

Jewish identity is steeped in this desire to remember, to ask questions about the past, to commemorate annual events – think of the tradition of yahrzeit. Every day, in a cycle that sometimes feels like the cycle of the Jewish year, Facebook tells us of things past, things it deems worthy of remembrance.

You can also think of it in terms of Jewish holidays. For me, Facebook’s Simchat Torah is in early September, when the algorithm reminds me of my first halting steps at college and the first photos I have with the people I now call my best friends. It reminds me of the cycle of my education, beginning again and again, year after year.

My Facebook’s Rosh Hashanah is in January, when I see the messages I’ve received in the past five years from friends all over the world celebrating my New Year’s Day birthday.

My Facebook’s Hanukkah is, fittingly, in December, when I am reminded of the many times I’ve lit the candles with family via Skype from all corners of the world.

These things are all worth remembering. Listing them out and looking them over reminds me of how grateful I am for the poignant photographs, stupid jokes, music videos, links to interesting articles, and photographs of my younger self with the people I love. There are memories I cherish on my own, too; memories that I would mark regardless of whether this now-ubiquitous website reminded me of them. But these smaller, less momentous remembrances are a part of my daily life now in a way that they would not be without social media.

Facebook is a monument to our past selves, our relationships, and our memories. Its algorithms have forced their way into our identities. It might be a bad thing. Especially in early November of 2017, for many of us, it was a deeply painful thing. But I’m also immensely grateful for it.

I’m looking forward to the next few weeks: Facebook will remind me, I’m sure, of dorky Lord of the Rings memes from my freshman year of college. It will remind me of rowing training camp in Ireland, and birthdays, and kitschy Thanksgiving decorations. It will remind me of essays I wrote, of races I ran, of tiny moments I shared with people I love. Every time Facebook tells me “You have memories to look back on today,” it’s a little shanah tovah from some complex algorithm hosted on a server in Silicon Valley. Impersonal, yes, but still a monument. Still worth commemorating.

From the Academy: David Shneer

In the second installment of “From the Academy,” Dr. David Shneer, Associate Professor of History and Director of the Center ... 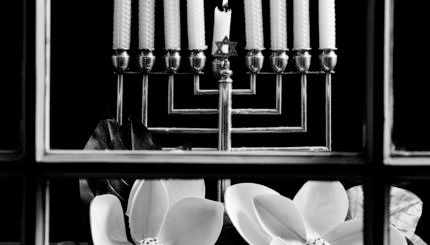