Confrontational Speech: The Requirement to Rebuke

Bad Things Do Happen to Good People … Thank God That They Do!

In a recent New York Times article about Sarah Silverman in which she wrestled with the recent knowledge that her friend and fellow comedian Louis CK had sexually harassed a number of women – including other colleagues of theirs – Silverman was reported to have opened the monologue to her new Hulu series with the question, “Can you love someone who did bad things?”

The sages of the Talmud had a great deal to say about the obligation that we each have to rebuke others when they have done wrong. But what often gets missed in the – very necessary – work we must do in uncovering both societal and personal wrongs, and fixing them, is that not only is it possible to love someone who did bad things, it is absolutely essential. The very commandment to rebuke, found in Leviticus 19, is juxtaposed immediately with the commandment to love:

These verses remind us of three things:

First, that we have an obligation to not tolerate the harmful behavior, even if it doesn’t affect us. It is an act of love to curb behavior which harms others (even if the other is the person doing it). When we do not undertake the obligation to curb bad behavior in others, we ourselves share in the guilt of the action (Do not bear sin because of [your neighbor/ brother]).

Second, that it is a holy act to speak with love to the person who is doing wrong, and that such rebuke should be undertaken out of love. The Midrash (Bereshit Rabbah 54:3) notes, “Rabbi Yosi ben Chanina said: ‘A love without reproof is no love.’  Resh Lakish said: ‘Reproof leads to peace; a peace where there has been no reproof is no peace.”’

Finally, love your neighbor as yourself – learn to also receive rebuke, as well as give it. The purpose of rebuke isn’t simply to make yourself feel better. Too many of us engage in call-out because we are angry and it releases some of those feelings. But that is a recipe for failure. It is the very fact of loving the people who do bad things that enables them to change.  It takes quite the saint to hear criticism from someone they don’t much like to start with and be able to benefit from it, rather than simply to get angry in return.  So it is up to those who love us – even though we do bad things- to speak up and help us change… before those bad things get out of control.

Imagine if someone had said to Louis CK 15 years ago, “Man, you’ve got to get some help. What do you think you’re doing?” Rather than refuse to believe that he was doing it, or ignoring it because it was uncomfortable? What a gift they would have given him –and a lot of other people too, who wouldn’t have had to be humiliated and threatened by him.

Silverman’s question is a question that we all will have to answer sooner or later.  Although not everyone’s foibles are outed in such a public arena, and (hopefully) most people’s sins are not so persistent or so enormous, everyone has done “Bad Things™.”

Silverman herself takes a very Jewish view: she notes, “It’s good… It’s like cutting out tumors: it’s messy and it’s complicated and it is going to hurt. But it’s necessary and we’ll all be healthier for it.”

And the sages agree with her. Right now, we’re undergoing a long-delayed reckoning. And it will be painful for a  great many people – both the perpetrators and the victims. And of course, it is the victims whose needs we must consider first. But it’s also worth considering that if we can continue to love the people who have done some of those bad things and remember that, except for some outliers, most people are not the sum of their worst acts, perhaps we can use this moment to actually fix a deep flaw in our society.

Because sexism and misogyny are so widespread, so deep in the foundations of our world, there is really no way to simply get rid of all those people who have done “Bad Things™.”  Some will have to suffer the consequences so that women will be safe, but most people’s acts don’t rise to that level, and they will need to be helped to do better. Those of us who love them will have the best chance of helping them to change. 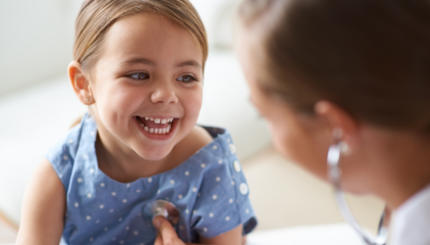 The Jewish Prayer For Doctors

Widely attributed to Maimonides, this prayer asks for strength and guidance in applying the art of healing.