Dan Brown, author of The Da Vinci Code, Angels and Demons and Inferno has just published a new novel, Origin, that focuses on a revolutionary scientific discovery that claims to answer the question “Where did we come from? And where are we going?” It naturally deals with questions of how science aims to supplant religion as a source of answers, truth, and guidance.

It was certainly a fun read (he creates great suspense) and overall, it felt like the science was accurate, as well. The biggest problem was the believability of just how much this “scientific discovery” would actually change the minds of religious people.

In Origin, the brash futurist Edmond Kirsch comes up with a theory so bold, so daring that, as he modestly thinks to himself in Brown’s beloved italics, “It will not shake your foundations. It will shatter them.” Kirsch is of course addressing The World, because that’s the scale on which Brown writes.

Indeed, the book starts with Kirsch visiting a priest, a rabbi and an imam speaking to them at the Parliament of World Religions, wondering how his discovery would be received by the religious communities. But the only people Kirsch spoke to were those three men, and they were clearly meant to represent all Jews, Christian, and Muslims.

The PWR, though, has eight staff members, 30 board members, 58 board emeriti, 15 international advisors, and more than 10,000 people that are expected to attend the next meeting in Toronto. One priest, one rabbi and one imam could not possibly speak for all of Judaism, Christianity, and Islam, let alone for “All religious people.”

We all discover our truths through our own specific lenses, and while science helps us gain an ever-more accurate understanding of the universe, religion gives us the worldview through which we see it. Yes, science changes and advances, but so does religion. And that’s why evidence and data don’t change people’s minds by themselves — we need a context and perspective in order to process that data.

So how do we change that? By subverting the narrative. By finding religious leaders who can speak about the value of science and scientists who can speak about how they experience religion. As a recent study done by Elaine Howard Ecklund and others at Rice University argues:

When scientists talk about their faith or religious leaders share about the importance of science, that’s when minds can change. Perhaps my favorite example is one of the most important voices about climate change is Katherine Hayhoe. Yes, she’s a professor at Texas Tech. Yes, she has multiple peer-reviewed articles. Yes, speaks and writes widely about the dangers of climate change. But what makes her truly special is the audience she is able to reach — evangelical Christians. Why? Because she is an evangelical Christian herself. She has authority and respect in that world, and so she can actually help religious people embrace some uncomfortable science.

There will always be new scientific discoveries that will change our outlook. And religion will always have to respond, change and adapt. But even as science may “shake religious foundations,” it’s through the local, one-on-one relationships that we’ll be able to understand them.

Even if Elon Musk helps us colonize Mars or Ray Kurzweil proves that the singularity is coming, while religion will change, it will not die. Why? Because the people who will help us make sense of it will be the people whose opinions we respect.

Dan Brown got it right with by having Edmond Kirsch speak with members of the religious leadership to see how they might understand and respond to his scientific breakthrough. Whether religious leaders or scientific experts, as human beings, we begin by trusting our source. And while it might be dramatically powerful to have one rabbi, one priest, and one imam speak for “religion,” in real life, it’s the local, personal relationships that matter the most — they are the ones who really influence our lives. 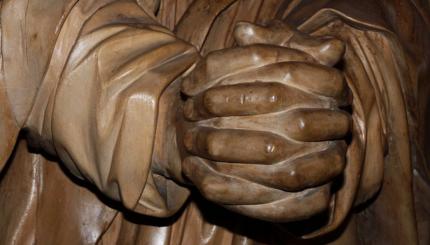 After all, since religion is a human endeavor, we have the power to change what it does. 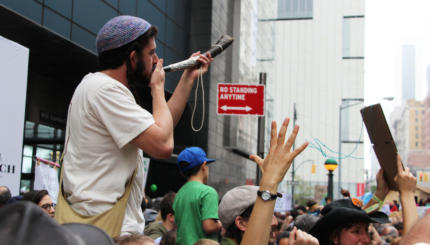 The environmental destruction intended as a punishment for failing to observe the sabbatical year raises contemporary questions of how to prevent environmental devastation.

With the possible exception of Rabbi Judah the Prince, it is hard to think of any single individual since Moses who had as significant an influence on Jewish thought and practice.