Over the weekend, as hashtag #MeToo was trending, I was putting the final touches on a class about King David and Batsheva. The biblical story has the king spying the beautiful Batsheva bathing on her rooftop. Liking what he sees, he summons her, sleeps with her and has her husband killed before making Batsheva his wife. If Batsheva had had the chance, the tweet would have written itself, but we never heard her side of the story.

In many ways, there is nothing new about #MeToo. The abuse of power and women’s bodies is as timeless as the biblical story. But in contrast to the biblical story, where women were rarely afforded the opportunity to speak out, today women’s voices are being heard and amplified.

I understand the temptation of some women, like Mayim Bialik, to imagine that adhering to codes of modest dress or conduct will help avoid the messy unpredictable bad behavior of some men. Even as such musings play into the narratives that blame victims who do not follow the modesty script, they provide an illusion of control — providing women with some hope that there may be a way to avoid the #MeToo scenarios that abound. Similarly being “too young” or “too old” to be sexy can sometimes be seen ways of avoiding the ongoing threat of harassment or abuse. If one ever had any doubt, the #MeToo stories lay bare the futility of this sort of wishful thinking. There is no situation, age, behavior, dress or personal stance that can guarantee women protection or a real time-out from the threat of male aggression. Living with that understanding is a heavy burden.

I have read posts by women who are angry that men are not doing more, that yet again women have to prove themselves and do the heavy lifting when it comes to change. I have read posts that rail against men for taking up space responding to the Weinstein situation. Honestly, I myself have wondered about the number of Jewish news outlets that have handed the coverage over to men. But this is not a case of the men can’t win, this is a case of a complicated messy situation which men have created, perpetuated and now cannot easily unravel. Not all men are intentionally culpable by any means, but far too many men have stood aside when lesser infractions have taken place. If this is uncomfortable for men in this particular moment, this limited male discomfort is one fraction of what women have to live with on an ongoing basis.

#MeToo is not a uniquely Jewish problem but it is a Jewish problem too. A recent highly problematic piece penned by a Jewish man about the horrendous abuse of power perpetrated by Harvey Weinstein played right into the hands of anti-Semitic tropes that have long claimed that Jewish men are oversexed. That trope is the mirror image of the one that downplays Jewish men’s sexuality either portraying them as impotent or woman-like (which is also highly problematic) or so nice they would never drink/gamble/abuse/harass. Both approaches demean the humanity of Jewish men just as abuse and harassment demean the humanity of women.

But the existence of anti-Semitism directed at Jewish men does not excuse them from the from the discussion of #MeToo. Jewish men are neither the devil nor asexual wimps. Jewish men are simply men. Some are fabulous. Some are horrendous. Most are somewhere in between. Their bad behavior towards women — of all religions — should neither be overemphasized nor overlooked.

Within Jewish spaces, we can address the David and Batsheva problem. We can talk with children of all genders, from a very young age, not of the uncontrollable sexual urges that will one day overtake the males but of the responsibility of every human to respect the embodied humanity of all beings. We can hold discussions with our b’nai mitzvah (bar/bat mitzvah) students that talk not only about date rape and abuse but also the power of language to shame and demean the potential of peers. We can train our camp staff not to blindly endorse coupling up for the unspoken goal of ensuring Jewish continuity but instead help teens navigate their sexuality with respect. We can train our Jewish professionals to take seriously and report claims of sexual misconduct so that the victimhood is not compounded by disbelief. Male rabbis can cede their pulpits to women to allow them to fill sacred spaces and teach the Torah of the female experience of harassment and assault without shame.

Jewish tradition teaches us time and again of the power of speech to create reality and of listening to affirm the importance of the sacred. We cannot go back in time and rewrite the story of David and Batsheva but we do have the power to learn from the silence of Batsheva’s experience and truly listen to what the roar of #MeToo is teaching us.

How Do the Rabbis in the Talmud Address Rape?

With the deplorable situation in Santa Clara (the Stanford rape case), there has recently been a media focus on rape. ... 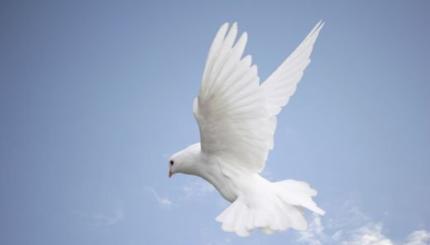 How did we not know that our friends and family have gone through these awful experiences of sexual harassment and abuse? 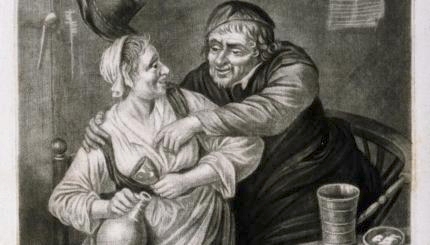 One of the great mysteries of the world is how to motivate someone with privilege to give up the benefits of that privilege for the greater good.