Judging Ourselves – Not Judging Others

Yes, It’s (Not) All About the Seder

One of the most important classes I attended in seminary was about pluralism. I learned that to attain pluralism, we must move past being unwilling to sit at the table, to risk coming together, and then to respectful expression and listening. And we need to be willing to let go of our need to be right or to make the “others” wrong. And most challenging of all — we have to be willing to be moved by those who think differently — and be prepared to be changed by them.

I think about this teaching a lot because these challenges occur every day between people of different faiths, backgrounds, races, cultures, genders, political leanings — between residents of this neighborhood and that, workers in this field and that, the rich and the poor, the healthy and the sick. Sometimes it can almost seem as if we think we will catch something (like a disease) from one another if we get too close in space, in ideology, in beliefs of any kind.

“Othering” is the little beast that urges us past the position of righteousness and straight into self-righteous indignation. We all know the fight-or-flight emotions we feel when someone or something raises our hackles, the hairs on the back of our necks – perhaps when a person from a different political point of view speaks out.  We can easily demonize others who are not like us.

Just think of the last few news stories you read that crossed your eyes in astonishment of the inhumanity you perceive. Think of matters that touch your soul – perhaps race, and level of education, and socioeconomic status. Think white privilege, and male privilege, and women’s struggles, and gender struggles. Think of abused children, and lack of healthcare, and armed militias, and prisoners, and teen mothers, and drug addicts, and religious zealots, and famine, and victims of war, and their oppressors. How do these issues move you?

And now, consider the reality that someone else, somewhere, had the exact opposite reaction from yours – and you are their “other.”  I’ll wager that the idea of having dinner with that person is, at first blush, less than appealing if not entirely appalling. And it is tough to comprehend that they may not be rushing to the table, either. Because coming for all parties is a step toward recognizing the “other” not as an object, but as an individual.

Can we ever see others as they are? Is it possible to hold another person’s reality to be as valid as our own without judging it through our own prisms? Can we learn to engage in conversation that will defuse tensions and create connections?  Not until we can see ourselves as we are, and see that we have much to learn from “others.”

The great sages quoted in Pirkei Avot teach us:

“Do not judge your fellow until you have reached his place.”  – Hillel

Who is wise? One who learns from all people. – Ben Zoma

Healing the great chasms in our world does not require us to be right. It requires us to turn the prism through which we see, and judge, and engage in the world. It requires us to hang up our boxing gloves so we can reach out to, and receive from one another.

We don’t come with instructions for holding our own beliefs, and recognizing that others hold theirs just as dear- while the space between is charged with emotional, and sociological, and sometimes theological electricity. We are not usually taught how to hold the liminal space in which two very different partners dance without touching. Or to listen to unspoken words and perceive the beliefs that inspire them. No, we have to learn for ourselves how not to run to our corners and double down there – and how to reach across the table and touch – and be touched – and be willing never to be quite the same. 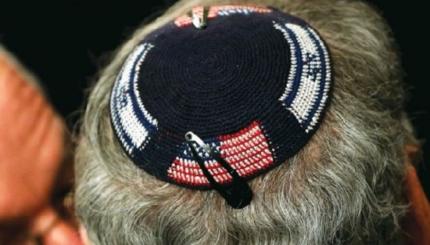 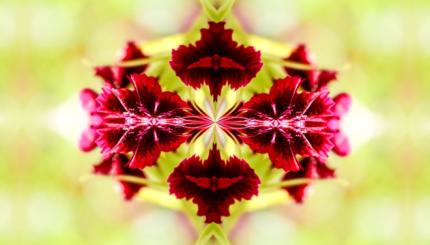 An Old Story for Modern Times

The parable of the three rings.

Charity is rooted in our understanding that those who need our help are indeed our brothers.