Now That We Have Criticized Joel Osteen, We Must Do These Three Things

We are all transfixed and devastated by the images coming out of Houston. The tremendous level of displacement and destruction wrought by Harvey has been heartbreaking and we stand witness to much suffering. At the same time we hear of heartfelt stories of communities coming together in aid and neighbors helping neighbors during a time of need.

Many emotions have been brought up from the storm and its aftermath, including anger, specifically anger directed at Joel Osteen, the pastor of the Lakewood Church, a mega-church in Houston. Osteen has come under criticism for not doing enough to support flood victims, specifically not opening up his church—which can seat 16,000 and once housed a professional basketball team—to those fleeing their homes.

I don’t know Osteen. I will assume from what I know if him that our theologies and approaches to the spiritual life diverge. The scale of our pastoral work is strikingly different. We may disagree on a lot of things. But I couldn’t help but feel that some of the invective and criticism leveled against him was unfair, specifically for the following reasons:

We don’t know the whole story. After initial reports from the church that flooding prevented the opening of the facility to the public, people went onto social media with photos and videos of the building and the seeming lack of flooding surrounding the building. Osteen today spoke to the media about how they worked with civil authorities on the possibility of opening as a shelter, but was told that initial sheltering efforts would happen elsewhere, and that when those overflowed, then Lakewood was approached to open as a shelter.

The truth, I suspect, is somewhat in between. Opening as a shelter for a major disaster like this takes major coordination and volunteer effort. A congregation can’t just open its doors. My small synagogue has served as a winter daytime warming center for the homeless and just providing basic amenities to up to 100 people put a real strain on our facility and the volunteer managers. Not that we wouldn’t do it again, but sheltering takes effort beyond just opening doors. Before criticizing, especially publicly, we need to have the humility to recognize that we may not have the whole story.

Shaming is not ok. The intention behind the initial criticism of Osteen took a nasty note because of the size of the church and Osteen’s well-documented wealth, and that because he is a religious person, he was labeled a hypocrite for not opening his church right away. Related to the fact that his critics may not have had the whole story, an effort to publicly shame someone is shameful in and of itself. As re read in the Talmud, “One who shames their neighbor it is as if they have spilled their blood.” (Baba Metzia 58b). An effort to publicly embarrass should never be tolerated, something which, unfortunately, is all too easy in our age of social media. And as for the charge for “hypocrisy”—I find it hard to find anyone, religious or not, who are able to navigate their lives without some contradiction or competing values.

Criticizing clergy compensation is a slippery slope. What I heard in the criticism of Osteen is not just that he was a pastor not opening up his church, but that he was a rich pastor not opening up his church. And therefore what I heard in the criticism was that there was a problem with clergy being wealthy. Maybe the scope of his wealth is excessive, but who is to say? Not every denomination involves a vow of poverty, but it seems that this is part of the popular imagination, that clergy should not be allowed to be compensated well. And for us clergy the fact that we expect to be compensated fairly, as professionals and commensurate with our role and training, is a hard subject to broach in congregations. I know that God is not going to pay my mortgage, or student loans, or health insurance premiums, but the general public might not know that.

We can not expect religious institutions to serve the public good without giving them the same benefits. One of the other factors not talked about much in the aftermath of Harvey is that religious institutions are not eligible to receive FEMA funds because of church-state issues. (A story in the Forward covered this.) While we tout this separation as a foundation of our American enterprise, we need to realize that it is a grey area with some measures aiding religion but others hurting it. The fact that congregations cannot get FEMA funds is an example of the latter. And so to call out Lakewood Church for not providing a public, civic good while at the same time knowing they would not benefit from public, civic funds to help rebuild should they have needed it, is problematic.

Whether or not Osteen deserved legitimate criticism for his role or lack thereof is at this point moot as Lakewood has opened up its doors as a shelter. We need to focus on rebuilding and healing from this natural disaster. But the echoes of this particular criticism may linger, as they reveal deeper ideas of how we view religious institutions and clergy in this country. 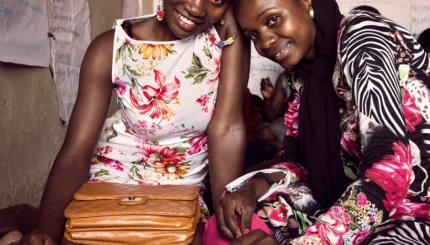 Bully on the Bimah: Bar Mitzvah, No Matter What?

Picture this: a really mean kid.A kid who spends each day at school calling others names, like fat and loser. ...

What “The Daily Show” Can Teach Us About 21st Century Judaism

I am ready to nominate Jon Stewart as an honorary “Rabbi Without Borders.”Last week, Brooklyn Assemblyman Dov Hikind, in a ...