As a youth, I often felt as if I had two worlds and two cultures that were always with me (Genesis 25:2). Born and raised in Monsey, NY in a context of the Chabad Lubavitch community, with an African-American and Dutch mother who so deeply felt connected to the Jewish mission that she converted nearly 35 years ago, and has officially categorized my siblings as survivors of an Egyptian Slavery, and American one. Today, I am devoting my time to the service of all people and all Jews as a rabbi. No matter the kin, color or creed.

As a Jew of Color, and at times being subject to much speculation as to the source of my Jewish roots, I wonder and still wonder… How has it come to this?

During this particular American fall, I can’t help but stare at my fancy paper coffee cup and feel a little sick. I feel sick because despite my commitment to staying informed about the events that have been taking place in Israel and around the world, after countless articles and media outlets, my mind quickly returns to the to-do lists of living and life. I feel sick because my heart and mind inhibit me from truly feeling and identifying with their struggles. At best, I may pause, maybe add a prayer for their safety and recovery, but sadly, sometimes my only reaction is at best silence, and at worst apathy.

Though there are countless lessons that the Jewish tradition holds, nearly every page of the Torah closely underlines the power of identifying with the other, i.e., personally relating to the experience of others, and considering what role I play as an individual in helping others. That is not to say that we must actually put ourselves in another shoes, rather, that we should pause and consider the footsteps of others before taking our own (Ethics of our Fathers 2:4).

That is my struggle during this American fall. To embrace the Jewish values I hold to be true, and turn them towards a stance of identifying with others.

When the Torah says 36 times (and some say 46 times) not to oppress the stranger (Talmud Baba Metzia 59b), the Torah immediately states thereafter the Divine call to identify with the struggles of the stranger, as the verse states: “for you were also a stranger in the land of Egypt.”

There is no greater example of a person who truly identifies with the needs of others, than Rebecca our Matriarch. In all her majesty and glory, Rebecca provides a model for us all the power of sympathizing and identifying with others, even animals (Genesis 24:19)! In this week’s Torah portion particularly, Rebecca is pregnant with twins. Upon realizing the conflict within “two nations are in your womb, two governments are in your insides (25:23)” she asks. “If this is so, than why should I exist (25:22)?” The Rabbis tell us that Rebecca deeply identified with the future of her offspring and the conflict that would endure for millennia. She stopped, she questioned, she plead for change.

As the raindrops fall on this coffee shop window, on this grey November day, my coffee is getting cold. But this is a small problem, not a big issue. I would rather focus on the world outside and to push myself a little further and a littler harder to stop and identify with the needs of others around the world, for I am my brother’s keeper. 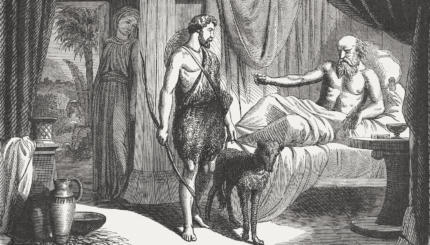 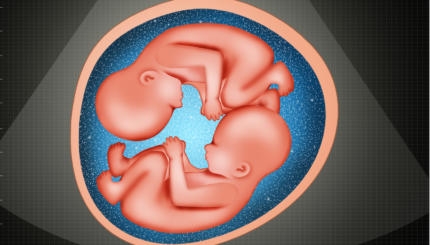 Abraham and Rebecca, known for their kindness, are strong role models for us.