An Orange on the Seder Plate

There are several ways that LGBTQ Jews can be symbolically honored during the Passover seder. The orange on the seder plate is probably the most famous of these traditions. In this post. Z’ev recalls the time he asked an unfamiliar rabbi if he could bring a cinnamon stick to their seder.

I received a call from a rabbi I hadn’t seen for several years inviting me his home for a Passover seder. I was so honored by the invitation that I immediately accepted without a second thought.

The next morning I was making sure everything in my kitchen was ready for Pesach when I came across a bottle of cinnamon sticks I had purchased for the holiday. I began to have second thoughts about my seder plans. I have been placing cinnamon on my seder plate for the past few years to honor LGBT inclusion in Judaism and it felt odd that I would be breaking my own tradition for the first time.

What was I to do?

My rabbi is friends with the host rabbi so I sought her advice. The host rabbi was “Conservadox” (a mix of a Conservative and Orthodox Jew), and I was sure that even the idea of making a change to centuries old rituals would be met with opposition. I was certain that requesting to add a small item to the seder plate would surely be denied.

My rabbi listened closely to my dilemma and suggested that I call seder’s host and explain the situation. The worst that might happen is he would say “no,” but since I was going to her home for second night seder we would keep my new tradition then. I thanked her and prepared to make that call.

I procrastinated for a couple hours before finally sending a one word text: “Busy?”.

The rabbi immediately called and asked how he could help. I nervously asked if I could place a cinnamon stick on his seder plate this year as it’s been my tradition for the past seven.

“Why a cinnamon stick?” he asked. I took a very deep breath and began to explain.

“Judaism has made huge strides towards inclusiveness for the LGBT community. It was less than a decade ago yeshivas began accepting openly gay students and ordaining openly gay and lesbian rabbis. In 2012 the Rabbinical Assembly (the international association of Conservative rabbis) unanimously voted to approve same-sex marriage as well as provided rituals for this important life-cycle event. There are even openly transgender rabbis in prominent positions.

I chose to add a cinnamon stick to my Seder Plate because it can be bitter by itself or be used to sweeten a greater whole; we use it in charoset. Many traditions use it to symbolize spirituality, healing, and love—and when you combine them you get acceptance. I finally feel the LGBT community is fully accepted by Judaism and use the cinnamon stick to symbolize it.”

There, I had said it.

There was an awkward silence on the other end that seemed to last an eternity.

Finally he said, “You can never take anything away from the Seder, but you can always add. I like the symbolism. When you come over, make sure you bring a sealed glass bottle of cinnamon sticks so we can add one to the seder plate.”

I was so overjoyed that my eyes began to tear.

I am truly blessed to be a part of such an amazing community.

How are you making your Passover inclusive to all? Let us know! 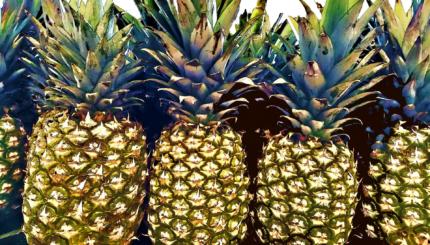 Celebrating Passover During Coronavirus? Try Adding these Special Items to Your Seder Plate.

Adding unique foods to the seder plate can help us mark a Passover that is different from all other Passovers.