Under the Influence of Golems

The one thing that has really shocked me about my new book is how Jewish it is.

I’m a nonobservant Jew, except for going to a seder every time I’m invited and vaguely wishing I did more to celebrate Purim because I love its spirit of play and rebellion. In my writing life, I’ve identified much more as a lesbian than a Jew. My own religious feelings tend toward pagan or atheist, and living in New York my entire life, I’ve encountered much less overt anti-Semitism than I have homophobia. So why did I wind up writing my memoir,
Growing Up Golem
, with the fabulist premise that instead of giving birth to me, my mother had actually used magic from Kabbalah to create me as her own personal golem?

One reason is that my parents’ lives were extraordinarily affected by anti-Semitism. As American Jewish children during the Holocaust, they grew up with the terror that they themselves would almost certainly have been killed, had they but lived in Europe. My mother quite frequently mentioned her lifelong consciousness of this fact to me. And my parents’ fears were hardly confined to the hypothetical. My father, growing up in the Bronx in the ’30s and ’40s, was beaten up every Halloween by young toughs in his neighborhood because he was Jewish. Later, drafted into the Army and stationed in Germany during the Korean War, he was so viciously Jew-baited by his own sergeant that he actually attacked the man and was put in the stockade (and, probably more damaging, given a less-than-honorable discharge).

My mother was raised largely by her grandmother and grandfather, immigrants from Romania and Austria respectively, who educated my mom in the folk Kabbalistic tradition as a young child (I know the young are not supposed to be taught Kabbalah, but my mother very definitely was), and encouraged her to study Jewish philosophy, at a time almost no girls were. As adults, my parents were both fierce about fighting to preserve Jewish identity, their own, mine, and everybody else’s: “You’re a Jew if Hitler would have killed you for being a Jew,” my mother would say bluntly.

I was sent to yeshiva for the first three grades of school, by parents who wanted me to have a strong foundation in Judaism, despite the fact that they themselves were almost entirely secular.

It worked. I’m a would-be radical writer of 49, but the stories that have the most emotional relevance for me, in the whole of human history, are the Hebrew Bible stories I learned before the age of eight:

Samson, a man of superhuman strength, betrayed by the woman he loves until the Philistines gouge out his eyes and his only remaining remedy is suicidal. Jacob pretending to be Esau, a hairy, masculine man, so that his own blind father will give him the blessing intended for his brother, the favorite. Joseph, who his own father, Jacob, loves the best, sold into slavery by his jealous brothers. Jacob, again, wrestling with God (with God!), getting his thigh pulled out of its socket in the process, and demanding (and wresting) a blessing from the Lord. Gritty, often violent stories, filled with personal emotion – rivalry, envy, love, betrayal.

These stories are not superficial, not mealymouthed, not “nice” in the sense of bland, inoffensive, “pious.”

They are not easy stories, and Jewish culture at its depths is not an easy, sanitized, goes-down-smooth culture.

Precisely why I love it, and why I (a woman educated in the antireligious theories of deconstructionist literary criticism and the English (Christian!) literary tradition), made it the foundation for my book.

My recently-published memoir,  What Do You Buy the Children of the Terrorist Who Tried to Kill Your Wife? , chronicles ...

I have always been fascinated by epigraphs — those borrowed words that authors choose to introduce and encapsulate the message ... 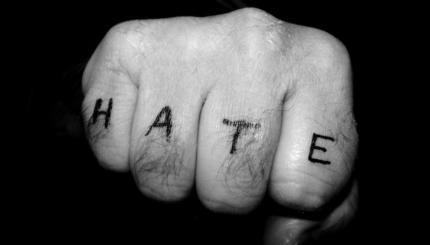 The story of an unexpected bus encounter en route to Mississippi