Passover is coming and, as always, it is causing a certain amount of anxiety for certain members of the family. The issue?
Kitniyot
.

Let’s take one step back and define
chametz
as understood by the rabbis. There are only five grains that according to Jewish law, can ferment and become chametz. These are wheat, barley, spelt, oats, and rye. [Times have certainly changed. When I was young, I can’t imagine where one might have found spelt. Today, spelt bread can be found in my neighborhood market.] It so happens that
matzah
can only be made using one of these five grains. Traditional Jewish law forbids eating, owning, or deriving benefit from these five grains in any amount and in any form throughout the holiday — with the obvious exception being when they are used to make matzah.

So far so good.

About seven hundred years ago, Ashkenazic practice began to forbid the consumption of rice, millet (yeah, I had to look up millet too), and legumes (e.g. peas, beans, alfalfa, lentils, carob, soy, and peanuts). Corn was added to the forbidden list at some point. These foodstuffs were termed kitniyot. Even before this practice, there were Talmudic discussions about the status of rice and millet, with a notable amount of disagreement.

Refraining from eating kitniyot during Passover used to fall strictly along ethnic lines. In the last several years, however, more and more Askenazic Jews have started to question and reject this practice.

I am conflicted. I didn’t used to be conflicted. That’s not to say I enjoyed abstaining from kitniyot or even that I agreed with the prohibition. I felt strongly, however, about upholding the culinary traditions that have been in my family for generations.

But life is more complicated when it’s touched by Asperger’s. Everything is affected by it. Eating habits are especially affected by it. For several years, I have been wondering if it is really worth it to engage in a practice that was described by several
Rishonim
, such as Rabbenu Yerucham (
Beit Yosef
OH 453), as “foolish.”

A couple of years ago, we decided to open up our food choices to include the consumption of kitniyot. And while this makes for more plentiful menu options with the prohibited foods being limited to the five grains (wheat, oats, barely, spelt, and rye), Passover has lost something for me. Maybe because it no longer feels like such a hardship. And while Passover is not intended to be an exercise in asceticim, there ought to be some sense of deprivation in order to have some understanding of our ancestors’ experience. Without the ban on kitniyot, it feels like a corn-filled free-for-all.

If corn is OK, what would be the reason for not eating corn tortillas? Regular chocolate? If rice is OK, are Rice Krispies forbidden? I worry that Pesach isreduced to abstention from bread and pasta. Nothing more.

And so I struggle in finding a way to honor the traditions of my ancestors while respecting my son’s challenges. Maybe that struggle is where I will find the most meaning this Passover. 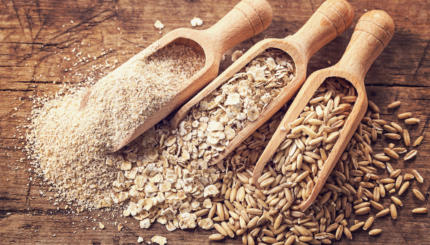