“As you know, in fashion, one day you’re in, and the next day … you’re out.” This is the undeniable truth that Heidi Klum offers to the contestants of the hit show, Project Runway, each and every week. The show, which began on Bravo and now airs on Lifetime, follows a select group of up-and-coming fashion designers for 16 weeks as they create innovative designs and compete for a spot in New York Fashion Week.

Personally, I’ve been a fan of the show for years. I love watching the business of the workroom, cheering on the designers and critiquing their creations from my living room couch. Plus, Project Runway is more than entertainment; it can be a teaching opportunity.

That’s right. There’s a lot to be learned from a reality television show that is centered on the fashion industry. Especially from the show’s most recent season—its sweet 16th.

For the first time in the show’s history, the models on the show weren’t pushed into the background. Instead, from the very first episode, they were highlighted during the challenges as well as on the runway. Seeing as the models ranged from size 0-22, the designers consulted them to learn more about the models’ relationships with their bodies, what they wanted to accentuate, and what designs the models thought flattered them best. This was a big change from previous seasons. In the past, models only existed to display a designer’s work and faded into the background. When a challenge called for designers to create looks for “real” women (women whose sizes were outside of the typical model’s dimensions), they complained to no end, then sewed frantically and wide-eyed as they attempted to leave their designing comfort zone.

It seems that, at least for now, designing for bodies of all shapes and sizes is “in” in the fashion world. Models, designers, and consumers alike are beginning to publicly refer to all bodies as beautiful. As I see this evolution unfold before my very eyes, a Jewish concept comes to mind – that we are all created b’tzelem Elohim, or in the image of God. There is no such thing as an ‘ugly’ person. Rather, when we see ugliness in someone else, we are actually displaying the ugliness and bitterness within ourselves. Similarly, when we acknowledge the beautiful qualities of the people around us, we enable ourselves and everyone else to be beautiful too.

On November 12th, I invite you to further explore the ideas of beauty and ugliness in Judaism and relate them to your own lives as a part of the Global Day of Jewish Learning. It’s something we’ll be engaging our Southern Jewish communities in exploring. The Global Day of Jewish Learning is a day dedicated to “an appreciation for the texts that define us, and to inspire hope in the commonalities that unite us.” It’s cool to think we can even look to things like international fashion and find connections to global Jewish learning!

For more ways to explore this year’s study theme, check out the Global Day of Jewish Learning’s website: www.theglobalday.org. 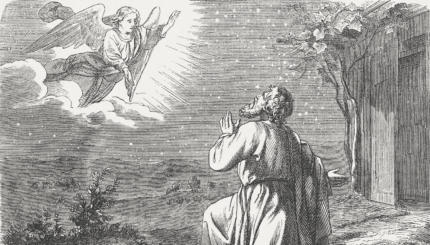 What Does It Mean To Be A Blessing?

Blessings are not meant to flow into us, but rather to flow through us.