I had watched Shmulik and his wife Carmela, owners of the restaurant Shmulik on Herzl Street in Tel Aviv, demonstrate cholent and kishke (sausage) at the Jerusalem Gastronomic Congress in 1992, and I enjoyed the two dishes at a party at their restaurant. The following is based on their recipe.

In a large heavy pot or casserole with a tightly fitting lid, brown the meat in the oil. Remove it, and fry the onions until soft. Add the garlic and fry until the aroma rises. Return the meat to the pot, add the marrow bones, and arrange the potatoes, beans, and barley around it, sprinkling each layer with salt and pepper.

Cover with water and bring to a boil. Remove the scum, then put the lid on and leave in the lowest oven (225F; 110C) overnight. Remove the lid at the table, so that everyone can get the first whiff of the appetizing smell which emanates. 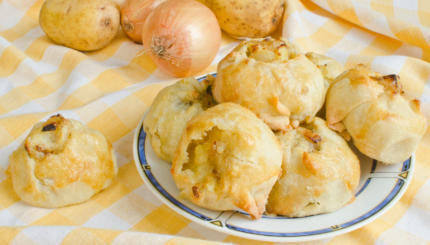 How to Make Knishes Two Ways

Meat and dairy versions of this classic savory Jewish pastry. 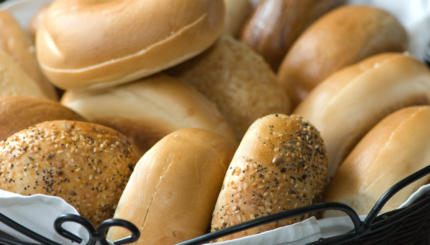 How to Make Your Own Bagels

An egg in the dough makes this lighter, softer and less chewy.

A cholent for every occasion.