The story of  Jews of Hollywood is well known but what about the Jews of Bollywood? Bollywood produces over 1,000 films a year, more than double those made in Hollywood. And there is a deep Jewish Bollywood story to be told.

My journey to understanding Jews and Bollywood began in the least likely of places, Melbourne Australia, when an Indian Jewish student of mine at the university gave me an article her father had sent, saying, “It’s an obituary about the Jewish Bollywood actress Nadira.”

Nadira, I quickly learnt, was a Jewish superstar of Indian cinema. She not only played the vamp, the infamous drinking and smoking bad girl of Bollywood films, but was widely regarded as the quintessential and greatest vamp Bollywood had ever known. I had just finished my first documentary and was looking for a story for my second film. It seemed Nadira was it.

It was 2006 and I took myself to India to get a fuller sense of Nadira’s story. Who could I interview about her? What archive would there be? As I met people in the Jewish community and explained I was researching a documentary about Nadira they would say, “What about Pramila? Are you including her?”  And “What about Sulochana? She was the biggest star of all!” and “Are you including Jewish male actor like the great Uncle David”

I went to India with the intention of making a film about one Jewish film star, but it transpired she was the last in a long line of Indian Jewish cinematic greats.  Thus began an 11-year odyssey to make my feature length documentary ‘Shalom Bollywood: The Untold Story of Indian Cinema.’ 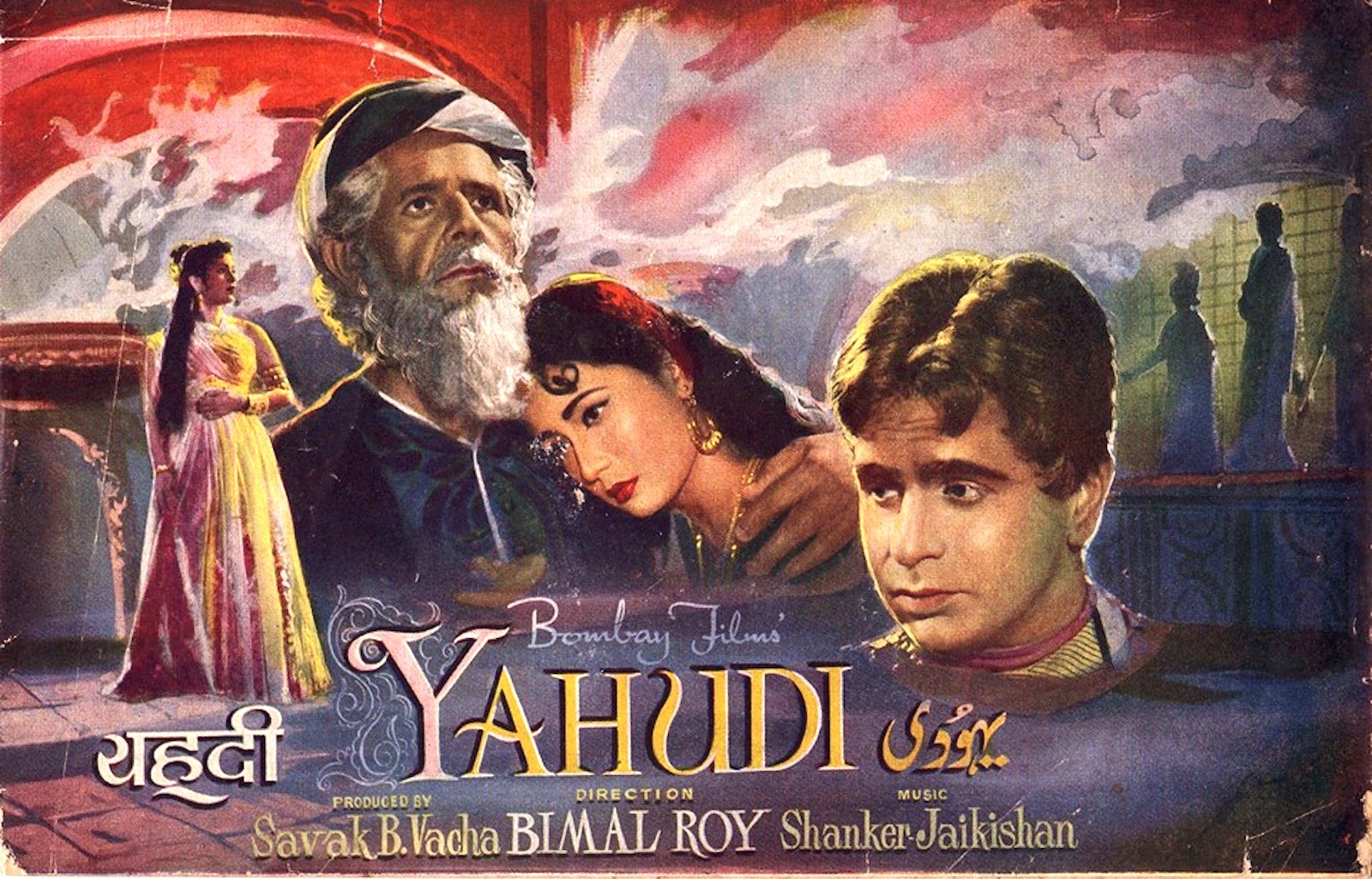 I soon learnt the Jewish names of these Jewish stars, Nadira was Farhat Ezekiel, Pramila was Esther Abrahams, Sulochana was Ruby Myers, Uncle David was David Abraham. Their stage names were not to hide their Jewish identity but to give them names that Indian audiences could pronounce.  As I began to interview Bollywood figures and film historians about these stars, it seemed few knew they were Jewish. I soon realized the story I was telling had never been told.  I became inspired to tell their story for several reasons.

Firstly, Jews were not just stars of the Indian silver screen but they had a formative role in shaping what we now know as the worlds’ largest film industry.  This came about because when India cinema began in the early 20th century it was taboo for Hindu and Muslim women to perform in public, so female roles were played by men. However, the Jewish community was more liberal and educated, so many of the early female stars of India cinema were Jewish, and the greatest star of all was Sulochana aka Ruby Myers. She was reported to have the first Rolls Royce in India, and there was even debate in parliament about her earning more than the viceroy

Secondly, these Jewish women not only went where few other Indian women were prepared to go, but they pushed the boundaries of Indian cinema by making the most of their femininity. Pramila (AKA Esther Abrahams) went on to be the first Miss India.

Thirdly, they were part of the pantheon of acting greats. David Abraham won the Indian equivalent of an Oscar, and a renowned raconteur, he regularly hosted India’s Annual Film Awards.

Fourthly, while in Hollywood, Jews were behind the camera and used cinema as a vehicle to assimilate, in India not only were these Jewish stars front and center on screen, but they openly identified as Jews. They attended synagogue, gave to Jewish charities and filled their homes with Judaica.

Fifthly, anti-Semitism was not part of the Indian experience – yes it’s true, there is a country without anti-Semitism. In fact, in their personal lives, these Jewish stars were friends with, and even married, Muslims and coexisted happily. Boy, was this a refreshing story.

While I had a great story it was hard to get it commissioned i.e. funded. As I pitched it to broadcasters I was told it was either too Jewish, or too Indian, or too historical, or not historical enough. So, for several years, between making other films, I incrementally put the pieces of Shalom Bollywood together. Now 11 years on the film is almost finished. I am still raising money and invite you to contribute.

I can’t wait to finish the film so that the story of Jews and Bollywood can finally be told.