One does not simply get off the couch and run a marathon. Runners train for months in preparation for the big day; beginners need at least a month to go from couch to 5K. The High Holidays of Rosh Hashanah and Yom Kippur are the Jewish religious equivalent of a 26 miler: long services, strange Hebrew poetry that we read only once a year, deep questions of life and death, and half of this done on an empty stomach.

Unfortunately, the training period (the Jewish Couch to 5k) is not as well known. Selichot (literally, “I’m sorries”) are penitential prayers that start before the holidays to ease us into the mindset and liturgy of the High Holy Days and to encourage us to begin the inner spiritual work of asking for forgiveness from God and others before the ‘Big Race.’  Ashkenazi communities begin these daily prayers the week before Rosh Hashanah. Sephardic Jews do it for an entire month. These prayers, according to the mystical tradition, are most effective at dawn and when performed collectively, in a minyan.

For the past six years, I have been hosting a virtual Selichot service for Spanish speakers following a custom of the Spanish Portuguese Sephardic community which does these prayers at night (as opposed to doing them at dawn). Every night, during the month of Elul, we gather online to study Torah and recite the Selichot together. This year, an average over 60 people each night, which leads me to ask the question: What motivates people to ask forgiveness in a group?  What added value do people get by joining strangers (online, of all places) to come clean to their creator?

One possible answer is the traditional claim that collective praying is stronger than the prayers of the individual. In his Laws of Repentance (2.6), Maimonides explains that even though individuals benefit greatly from asking for forgiveness during the High Holidays, the repentance of the congregation is ALWAYS acceptable. Hence, by combining the power of collective prayer and this particularly receptive time of the year, you obtain a special powerful connection – prayer on steroids, as it were.

Another possible explanation is also presented by our tradition: The real goal of these days of repentance is not so much to gain forgiveness from God. God, as we repeat many times during Selichot and the liturgy of the High Holidays, is “merciful and gracious, long-suffering, and abundant in goodness and truth; keeping mercy unto the thousandth generation, forgiving iniquity and transgression and sin” (Exodus 34.6-7)

Growing up Catholic, forgiveness was something that happened in the secret space of the confessional. The first time I did Selichot it felt awkward to be asking for forgiveness in a group. I worried that people were judging me and I felt my behavior was a private issue between me and God.

Today, this collective affirmation of guilt and imperfection is one of my favorites features of Judaism.  The Torah teaches that no one is perfect, we all miss the mark.  Dealing with this fact of life on the echo chamber of our own solitude can daunting as well as depressing. Even though I know EVERYONE makes mistakes, if I face repentance alone, I either risk despair by thinking that I am more flawed than others, or risk self-indulgence by thinking that I am much better off than others.

But when a community (whether it be analog or virtual) has the courage to come together, by showing up they admit that no one is without problems. This simultaneously supports the individual and puts personal transgressions in perspective. We are not alone in this messy business of being human. There are other people, better and worse off than me, that also feel perfectible. In the same way that running in a pack along hundreds, some slower and some faster than me, encourages me to finish this race.

This I believe is the main benefit that we receive when we show up for Selichot and for the High Holidays, whether it is at dawn in a synagogue or in the blue gregarious anonymity of Facebook Live. In the wise words of Rabbi Abby Jacobson (my favorite rabbi and my wife): “Judaism is not for good people, it is good for people.

Note: Rabbi Juan Mejia is a Rabbi with Be’chol Lashon. His Torah can be found at www.youtube.com/koltuvsefarad and www.facebook.com/koltuvsefarad.  His daily Selichot are available via Facebool Live every weekday at 9:30 P.M. Central during the month of Elul.

The days between Rosh Hashanah and Yom Kippur are an important component in the process of repentance. 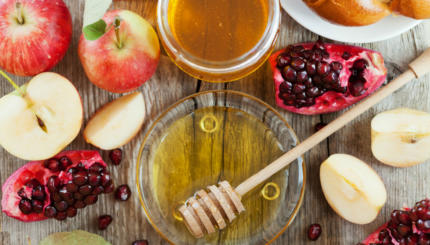