Rabbi Moskowitz studied at the Mir Yeshiva in Jerusalem where he received smicha. He then continued his studies at BMG in Lakewood where he received an advanced degree in Talmud. For the last 15 years, he has been engaged in Jewish outreach and education as the Dean of Students of the Yeshivah of Virgina. Most recently he has served as a rabbi at Columbia University and of the Old Broadway Synagogue in Harlem. Rabbi Moskowitz is a vocal advocate for inclusivity, LGBT rights, and social justice. He writes frequently at the intersection of transgender issues and Jewish thought. He is currently working on a doctorate in Talmud at The Jewish Theological Seminary – JTS. He is the Scholar in Residence for Trans and Queer Jewish Studies at CBST. 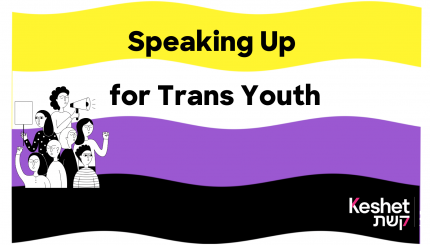 Speaking Up for Trans Youth

The new spate of anti-trans legislation restricting access to medical care and curtailing the ability to play gender-appropriate sports is devastating not only for trans folks but also for all Jews, as it strikes a blow at a core Jewish value: Do not cause distress by referring to a person’s past identity. 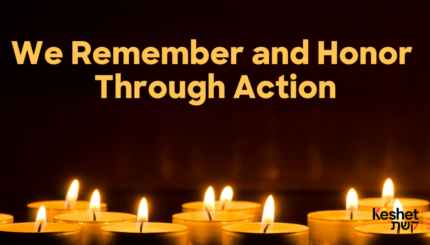 We Remember and Honor through Action 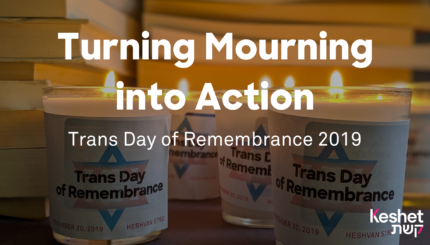 Last year in honor of Transgender Day of Remembrance (TDOR), we wrote about mourning those we’ve collectively lost to anti-transgender ...

This Sukkot help us spread the word that the sukkah and the state of Massachusetts should both be safe places ... 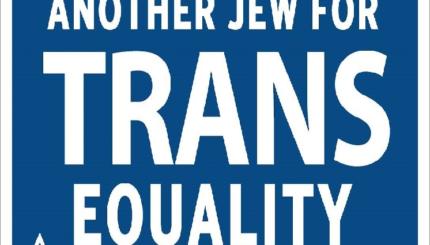 The Torah of Action

And Why You Should Join Me on Monday at the Keshet Town Hall in Newton, MA