Many historical documents recount a large population of Jews in Spain during the early years of the Common Era. Their cultural distinctiveness is characterized in Roman writings as a “corrupting” influence. Later, with the arrival of Christianity, Jewish legal authorities became worried about assimilation and maintaining Jewish identity. Despite these concerns, by the seventh century Sephardim had flourished, beginning a time known as the “Golden Age of Spain.”

During this period, Sephardic Jews reached the highest echelons of secular government and the military. Many Jews gained renown in non-Jewish circles as poets, scholars, and physicians. New forms of Hebrew poetry arose, and talmudic and halachic (Jewish law) study took on great sophistication. 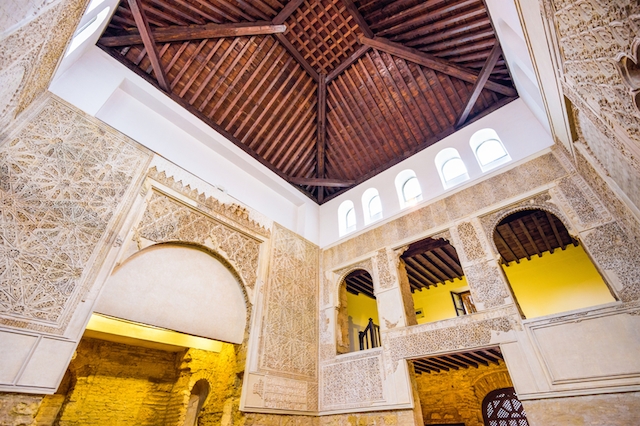 Ladino, the Judeo-Spanish language, unified Jews throughout the peninsula in daily life, ritual, and song. Ladino, a blend of medieval Spanish with significant loan words from Hebrew, Arabic, and Portuguese, had both a formal, literary dialect, and numerous daily, spoken dialects which evolved during the immigrations of Sephardic Jews to new lands.

The Sephardic Golden Age ended when Christian princes consolidated their kingdoms and reestablished Christian rule throughout Spain and Portugal. In 1492, King Ferdinand and Queen Isabella expelled all Jews from Spain; soon after, a similar law exiled Jews from Portugal. Sephardic Jews immigrated to Amsterdam, North Africa, and the Middle East.

Others established new communities in the Americas or converted publicly to Christianity, sometimes secretly maintaining a Jewish life. These converts (known in Ladino as conversos and in Hebrew as anusim, forced converts) often maintained their Judaism in secret. In the 21st century, there are still people in both Europe and the Americas who are discovering and reclaiming their Jewish ancestry.

Wherever Sephardic Jews traveled, they brought with them their unique ritual customs, language, arts, and architecture. Sephardic synagogues often retain the influence of Islam in their architecture by favoring geometric, calligraphic, and floral decorative motifs. Although they may align with the Ashkenazic religious denominations (usually Orthodoxy), the denominational identity of Sephardic synagogues is, in most cases, less strong than their ethnic identity.

At home, Ladino songs convey family traditions at the Shabbat table, although Ladino is rapidly disappearing from daily use. Sephardic Jews often maintain unique holiday customs, such as a seder for Rosh Hashanah that includes a series of special foods eaten as omens for a good new year and the eating of rice and legumes (kitniyot) on Passover.

Now that the health benefits of the Mediterranean diet are being realized, American Jewry is embracing Sephardic cooking.