Unlike many Jewish holidays, the holiday of Hanukkah is not mentioned in the Bible. The Maccabean revolt and the rededication of the ancient temple, the story on which Hanukkah is based, is told in the first and second book of Maccabees. But these books are not considered part of the Hebrew Bible.

The earliest Jewish references to Hanukkah come later. The Jewish historian Josephus Flavius mentions a “festival of lights,” the name by which Hanukkah is often known today. The Mishnah, the code of Jewish law, also references the Hanukkah festival, but it offers no details or descriptions.

Only in the Talmud do we begin to learn of specific rituals and laws connected to Hanukkah. The Talmud in Shabbat 21b discusses a range of issues connected to the lighting of the Hanukkah menorah and directly the connects the eight-day holiday to the miracle of the single jar of oil lasting for eight days. The Talmud also reports that festival was instituted the year after the miracle of the oil.

The idea that Hanukkah candles are lit for the purpose of pirsumei nissa, publicizing the miracle of Hanukkah, also comes from the Talmud (or the commentator Rashi, commenting on this page of Talmud, to be precise). This is the reason why many Jews today place their menorahs in a window and why many public menorah lightings are held around the world.

Still, the discussion of Hanukkah in the Talmud occupies nowhere near the reams of pages devoted to the observance of the major Jewish holidays, like Passover and Rosh Hashanah. And for much of Jewish history Hanukkah occupied a relatively minor place in the Jewish calendar.

This changed in the modern era. One catalyst was the creation of the State of Israel, whose early fighters found inspiration in the heroism of the ancient Maccabbees. Another was the growth of the American Jewish community, which found in Hanukkah an analog to the public celebration of Christmas, with which Hanukkah often coincides on the calendar. In the late 19th century, many American Jews began integrating Christmas motifs into Hanukkah celebrations, like evergreens and wreaths and Hanukkah trees.

Today, Hanukkah is among the most visible of Jewish holidays, with many communities around the world using it as an occasion for prominent public celebrations. 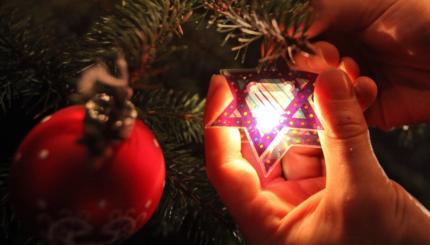 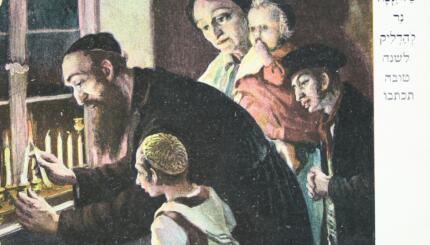