Is Soda Kosher for Passover?

Among the most common Passover traditions is abstaining from foods made from fermented grains. Below is a list of food groups some Jews refrain from eating on the holiday.

Bread and other leavened grains

This is the big no-no on Passover. Traditionally, the category of forbidden foods on Passover — known as hametz — was defined as the fermented products of five grains: wheat, spelt, barley, oats and rye. This means no bread, rolls, pasta, flour tortillas, or cookies, though there are commercial alternatives for all these made from almond flour or other substitutes.

Oatmeal is derived from oats, one of the five forbidden grains.

Rice falls into a category known as kitniyot, which was adopted as an added stringency by Ashkenazi Jews. If you’re Sephardic, or follow the Conservative movement’s 2015 ruling on the subject, then rice is fine on Passover. Other foods in this category are beans, peanuts, corn and lentils. Oils that are derived from those products are also prohibited.

Beer is made from fermented grain (typically barley).

Whiskey, scotch, bourbon and rye are all made from fermented grains and are therefore prohibited on Passover. Liquors made from other products — like sugar cane or potatos — can theoretically be kosher for Passover, though there aren’t many commercially available that are certified as such.

Because processed are made in factories that often produce a wide range of foods, including those traditionally prohibited on Passover, some Jews will only eat packaged foods that are explicitly certified kosher for Passover. The Orthodox Union maintains an extensive online list of approved processed foods as well as a searchable database of processed foods that may be used without a kosher for Passover designation.

Though this classic Jewish comfort food is a quintessential holiday delicacy for many Jews, a small number of Ashkenazi Jews who observe the custom of gebrochts do not eat them on Passover. Gebrochts refers to any matzah product that has been soaked in water. Those who observe this custom will sometimes substitute potato starch in their matzah ball recipe. 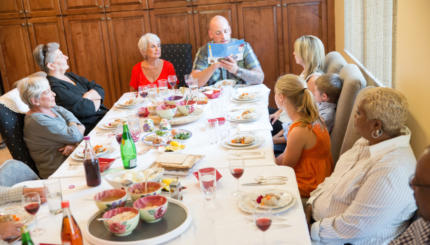