The following article is reprinted with permission from American Jewish University.

In a remarkable story, the Torah relates the courage and the integrity of five women, known collectively as the daughters of Zelophehad. What makes this story remarkable is not only that the heroes are women, itself a rarity in the biblical age.

What makes this tale truly astonishing is that it represents the earliest revision of biblical law. Here, within the Torah itself, God revises an earlier piece of divine legislation because of an overriding moral imperative.What a magnificent precedent to set for later generations in their dealings with halakhah (Jewish law) as well.

The tale is worth the telling: According to a law already established in the wanderings in the wilderness, men alone were permitted to inherit their parents’ property. At the time, no one had objected. Neither Moses nor any of the 70 Elders saw a problem with that procedure for transmitting parents’ holdings in the Land of Israel. After all, it was universal custom for men to own and inherit property, to handle finances, and to run the economy–both of household and of communities. Women lived in the generosity of powerful men. Alone among the children of Israel, the daughters of Zelophehad pointed out that they had no brothers. If the law were rigidly followed, their father’s family would be completely dispossessed!

Moses, responding to their complaint with characteristic modesty, promised that he would ask God what should be the law. And God acts in a very Godly way, taking the side of those who have been wronged, those who have been overlooked. Our God is passionate about human dignity, and, as a result, intervenes and changes the law. The daughters of Zelophehad do, indeed, inherit their father’s land. Why hadn’t Moses, or any of the other Elders, been able to point out this legal injustice on their own? What special trait allowed the daughters of Zelophehad to notice an injustice and to speak out?

The medieval Bible commentator Rashi (11th century France) explains that the story teaches us that "their eyes saw what the eyes of Moses did not see." In this regard, our own eyes generally resemble Moses’. Most of us go through the rounds of our lives without truly seeing. We are understandably wrapped up in prosaic issues of our own, so we fail to take the time to see other people as people. Instead, we wind up treating other people like objects–a butcher is a source of meat, a teacher provides our children with skills, and so on.

Remember, as a child, just how shocked you were to see a teacher or your rabbi in the supermarket? Suddenly it dawned on you that they had a life too, their existence served a larger purpose than simply their role in your life!

Or to take another example from the supermarket, I recall my shock the first time I saw a sticker from PETA (People for the Ethical Treatment of Animals) affixed to a flank steak in the frozen foods section. It said, "Meat stinks!" Since then I’ve seen others that point out that what is immaculately wrapped inside that cellophane is the carcass of a dead animal. But it is wrapped so beautifully that we don’t even think that our dinner is a dead cow, or lamb, or chicken. Our eyes simply don’t see.

People, scenery, and animals enter our worldview in terms of what function they can perform, rather than as human beings with feelings and problems and dreams, as living creatures, or as a magnificent natural treasure. Most of the time, we look but we don’t really see.

The daughters of Zelophehad teach us an essential lesson for being fully human. They teach us the imperative of truly seeing–not only with our eyes, but with our minds and our hearts as well. They teach us not to turn away from the homeless, the elderly, the disabled, or members of other minorities. Rather than looking at people as objects, the Torah shows us–by way of example–that the constant struggle to be fully human is really the struggle to see all people as people. This Shabbat, and in the future, let us take up the gift of the daughters of Zelophehad. Let us teach ourselves to see.

Who’s Next? The Change And Challenge Of Leadership

The transition in leadership from Moses to Joshua provides us with a model for contemporary changes in leadership. 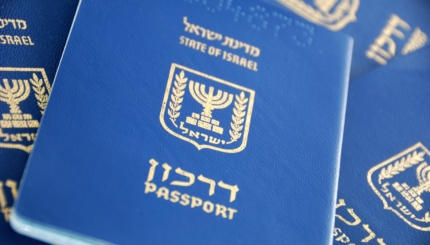 The Menorah: Let Your Light Shine

The menorah teaches that each of us has a unique gift to contribute to the world.