Everything About Yom Kippur Is An Invention

The Ten Martyrs were a group of rabbinic sages killed during the Roman occupation of Israel in the early centuries of the Common Era. They are best-known as the subjects of Eleh Ezkerah (“These I Will Remember”), a poem describing their murder recited on Yom Kippur, the most solemn day of the Jewish calendar, normally as part of the Musaf service. It is also recited in some communities on Tisha B’Av, the day of mourning for the destruction of both ancient Temples.

Among those killed were some of the most illustrious rabbis of the talmudic period, including Rabban Shimon ben Gamliel, who served as head of the Jerusalem Sanhedrin, and Rabbi Akiva, among the most esteemed rabbis of the tannaitic period.

Eleh Ezkereh describes their deaths in gruesome detail. When Rabbi Yishmael’s turn for execution came, for example, the daughter of the Roman leader, appreciating the rabbi’s beauty, asked that he be spared. When her father refused, she requested instead that the skin be removed from his face. Rabbi Hananya ben Teradion was burned on a pyre with layers of wet wool placed on him to prolong his suffering. Rabbi Akiva’s skin was torn with iron combs.

The poem is based on a longer midrash of the same name that provides additional details of the killings, some of which have become well-known stories in Jewish lore. According to the midrash, Rabbi Hananya ben Teradion was wrapped in a Torah scroll while he was burned alive. His students were watching him and asked him what he saw, to which he replied that he saw the scroll burning but the letters were ascending to heaven. The executioner then asked whether he would be granted life in the World to Come if he removed the wet wool and enabled Rabbi Hananya to die more quickly. When Rabbi Hananya replied in the affirmative, the executioner removed the sponge and jumped into the fire with Rabbi Hananya. After they both perished, a voice came down from heaven declaring that both Rabbi Hananya and the executioner had entered the World to Come.

Rabbi Akiva’s death is also described at greater length in other sources. According to the midrash Eleh Ezkerah, each time his skin was flayed with iron, Rabbi Akiva would recite a verse from Deuteronomy declaring that God is just and God’s deeds are all perfect. A version of the story related in the Talmud differs slightly, reporting that Rabbi Akiva was saying the Shema as he died. When his students inquired how he could continue to pray amid his suffering, Rabbi Akiva replied that he had long been troubled by the biblical verse included in the Shema commanding that one love God with “all of one’s soul.” Now that he had been given the chance to fulfill that verse, Rabbi Akiva asked, should he not do so? The talmudic version also relates that Rabbi Akiva prolonged the recitation of the word “one” in the Shema until his soul left him, whereupon a voice came down from heaven and stated: “Happy are you, Rabbi Akiva, that your soul left (as you uttered) ‘one.'”

The details of the Ten Martyrs recited on Yom Kippur are unlikely to be historically accurate. The version in the High Holiday prayer book suggests that all ten were killed on the same day, but other traditions have it that some of the rabbis were killed many decades apart — some during the revolt that led to the destruction of the Second Temple in 70 CE, and others during the Bar Kochba revolt more than half a century later.

It’s also unclear why this particular poem is read on Yom Kippur. Since Eleh Ezkerah notes that the Roman leader who ordered the deaths claimed to do so as retribution for the biblical sin in which Joseph’s brothers sold him into slavery, some have suggested that it is intended as a warning against baseless hatred — exemplified by Joseph’s brothers and which, many centuries later, the Talmud claimed was the reason for the destruction of the Second Temple. Others suggest that the poem is a stark reminder of the rabbinic claim that some sins are atoned for only by death.

One who pays is precise.

What a woman wants. 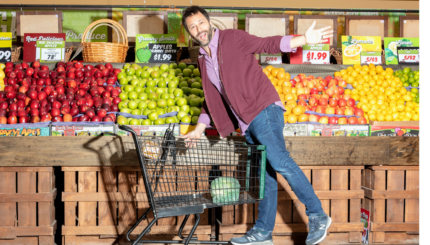 For Pashman, food is more than just a love — it's a lifestyle.