No two synagogues are alike. Each has its own unique history and characteristics, which are often reflected in the design of the synagogue itself.

Many older synagogues mirror the architectural trends of the era they were constructed in, such as Romanesque arches, intricate Moorish carvings or Gothic stained glass windows.

Historic synagogues often offer tours for Jewish history buffs and architecture lovers alike. Thanks to the wonder of social media, you don’t need to book a flight to see some of the world’s most impressive synagogues. A simple scroll through Instagram can serve as a virtual visit to synagogues from Mumbai to Mexico City.

Here are a few of the synagogues that we’ve loved sharing on our Instagram feed:

The interior of the Jubilee Synagogue

This reconstructed tribute to the Gwoździec Synagogue in Warsaw, Poland

The Synagoge Rykestraße in Berlin, Germany

The Synagogue of Bukhara, Uzbekistan

The Sofia Synagogue in Sofia, Bulgaria

The Great Synagogue of Rome

An interior shot of the Knesset Eliyahoo Synagogue

The Subotica Synagogue in Subotica, Serbia

The Dohany Synagogue in Budapest, Hungary

The Bradford Tree of Life Synagogue in West Yorkshire, England 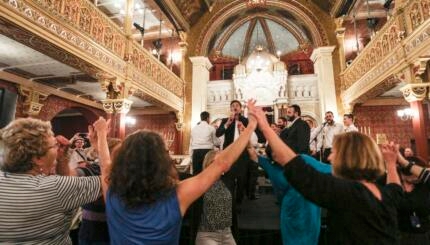 Jewish prayer can take place anywhere at any time. But there is a special quality to praying in community. Sign ... 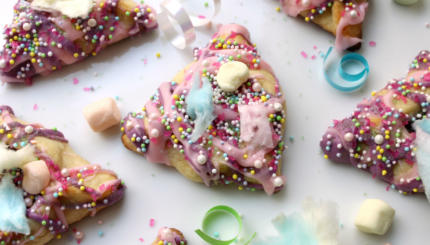 From reworked classics to modern flavor combinations, there's no limit to hamantachens' potential!