1:3.             Jonah, however, started out to flee to Tarshish from the LORD’S service. He went down to Joppa and found a ship going to Tarshish. He paid the fare and went aboard to sail with the others to Tarshish, away from the service of the LORD.

1:5.             In their fright, the sailors cried out, each to his own god; and they flung the ship’s cargo overboard to make it lighter for them. Jonah, meanwhile, had gone down into the hold of the vessel, where he lay down and fell asleep.

1:10.         The men were greatly terrified, and they asked him, “What have you done?” And when the men learned that he was fleeing from the service of the LORD-for so he told them-

1:13.         Nevertheless, the men rowed hard to regain the shore, but they could not, for the sea was growing more and more stormy about them.

1:14.         Then they cried out to the LORD: “Oh, please, LORD, do not let us perish on account of this man’s life. Do not hold us guilty of killing an innocent person! For You, O LORD, by Your will, have brought this about.”

In my trouble I called to the LORD,

And He answered me;

From the belly of Sheol I cried out,

And You heard my voice.

Into the heart of the sea,

The floods engulfed me;

All Your breakers and billows

2:5.I thought I was driven away

Out of Your sight:

Would I ever gaze again

Upon Your holy Temple?

The deep engulfed me.

Weeds twined around my head.

2:7.I sank to the base of the mountains;

The bars of the earth closed upon me forever.

Yet You brought my life up from the pit,

I called the LORD to mind;

And my prayer came before You,

Into Your holy Temple.

2:9.They who cling to empty folly

Forsake their own welfare,

Will sacrifice to You;

What I have vowed I will perform.

Deliverance is the LORD’S!

3:1.The word of the LORD came to Jonah a second time:

3:2.”Go at once to Nineveh, that great city, and proclaim to it what I tell you.”

3:3.Jonah went at once to Nineveh in accordance with the LORD’S command.

Nineveh was an enormously large city a three days’ walk across.

3:4.Jonah started out and made his way into the city the distance of one day’s walk, and proclaimed: “Forty days more, and Nineveh shall be overthrown!”

3:5.The people of Nineveh believed God. They proclaimed a fast, and great and small alike put on sackcloth.

3:6.When the news reached the king of Nineveh, he rose from his throne, took off his robe, put on sackcloth, and sat in ashes.

3:7.And he had the word cried through Nineveh: “By decree of the king and his nobles: No man or beast-of flock or herd-shall taste anything! They shall not graze, and they shall not drink water!

3:8.They shall be covered with sackcloth-man and beast-and shall cry mightily to God. Let everyone turn back from his evil ways and from the injustice of which he is guilty.

3:9.Who knows but that God may turn and relent? He may turn back from His wrath, so that we do not perish.”

3:10.         God saw what they did, how they were turning back from their evil ways. And God renounced the punishment He had planned to bring upon them, and did not carry it out.

4:1.This displeased Jonah greatly, and he was grieved.

4:2.He prayed to the LORD, saying, “O LORD! Isn’t this just what I said when I was still in my own country? That is why I fled beforehand to Tarshish. For I know that You are a compassionate and gracious God, slow to anger, abounding in kindness, renouncing punishment.

4:4.The LORD replied, “Are you that deeply grieved?”

4:5.Now Jonah had left the city and found a place east of the city. He made a booth there and sat under it in the shade, until he should see what happened to the city.

4:6.The LORD God provided a ricinus plant [gourd], which grew up over Jonah, to provide shade for his head and save him from discomfort. Jonah was very happy about the plant.

4:7.But the next day at dawn God provided a worm, which attacked the plant so that it withered.

4:8.And when the sun rose, God provided a sultry east wind; the sun beat down on Jonah’s head, and he became faint. He begged for death, saying, “I would rather die than live. ”

4:11.         And should not I care about Nineveh, that great city, in which there are more than a hundred and twenty thousand persons who do not yet know their right hand from their left, and many beasts as well!”

Sinking into Compassion: The Book of Jonah and Yom Kippur

In honor of Yom Kippur, this week we bring you two queer takes on The Book of Jonah. Tomorrow, poet ... 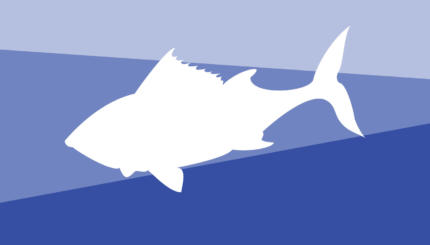 A video for Yom Kippur.