The more well-known and elaborate of the two is known as Shirat Hayam (“The Song of the Sea”). Spanning 18 verses of the Torah (Exodus 15:1-15:18), this song has come to be identified with the Israelites expression of faith and their recognition of God’s role as protector and warrior.

Shirat Hayam has become a focal point of our tradition and liturgy, included in our prayer books and recited each morning . The rabbis included the song in our prayer books to recited during the Pesukei D’Zimra (“Verses of Song”) section of our morning prayers. When we arrive at Shirat Hayam during the weekly reading of the Torah portion, we pay homage to it by standing and singing it with a special melody.

The second song, shorter and less gallant, appears right after Shirat Hayam. In Exodus 15:20-21, we find these verses:

Then Miriam the prophetess, Aaron’s sister, took a timbrel in her hand, and all the women went out after her in dance with timbrels. And Miriam chanted for them: Sing to the Lord, for He has triumphed gloriously; Horse and driver He has hurled into the sea.

The song of Miriam, recorded in one lone verse, speaks volumes. Some scholars claim that these two songs are one and the same. The 13th-century French scholar Hezekiah ben Manoah, better known as the Chizkuni, argues that since the Torah uses words sparingly, it did not repeat the entire song again, but merely alluded to the first line suggesting the rest to follow.

But the two songs in fact serve different functions. Shirat Hayam is a record of events when the Israelites had full faith in God and trust in Moses their leader. Miriam’s song functions more like prayer, its words more akin to liturgy.

First, consider the length: just one verse. In Eastern religions, one word or phrase can serve as a focal point of prayer. Reciting the word again and again, the worshipper can get lost in the experience of the sound. In the Hasidic tradition, this is how the niggun functions — the repetitive melody becomes a meditation, stirring the soul and captivating the heart. One can imagine the women as swirling colors, dancing on the shores of the sea, timbrels in hand, singing to God.

Second, consider the structure. Miriam’s song has an urgency to it. Shirat Hayam begins Az yashir Moshe — then Moses will sing. But Miriam’s song is written in the present tense, in the plural imperative: Shiru ladonai, sing to God now. The Midrash (Shemot Rabbah 23:8) recognizes this, stating that when Israel emerged from the sea, the angels came to sing to God first. But God said, let my children sing first because they are of flesh and blood. They must sing now before they die. But you, as long as you desire, you remain alive and can sing. Miriam grabbed the moment.

In Western culture, we don’t often experience this communal instinct to sing, but the opportunities are there — in exceptional worship experiences, or even at concerts when throngs of fans sing their favorite song together along with the artist. And at Jewish festivities, particular songs often spring to our lips. No one has to be asked to sing at a wedding or bar mitzvah. We do it instinctively in celebration.

Finally, consider the instruments. The biblical commentator Rashi wonders where the women found these drums. Could it be that the Israelite women, rushing from their Egyptian homes in the middle of the night with only a few precious belongings and some matzah to eat, brought drums with them? Rashi quotes a Midrash to explain:

With drums and dancing: “The righteous women of that generation were confident that God would do miracles for them; so they brought drums with them from Egypt.”

We can surmise from this commitment to shlep the instruments from Egypt that music must have played a central role in ancient worship. And glancing through the Book of Psalms, it becomes clear that music was in fact a focal point of Israelite prayer. Psalm 92 reads: “A song for Shabbat: Sing to God with a ten stringed harp with a voice and lyre together.” Or Psalm 150: “Praise God with the blast of the horn/ with the violin and harp/ with timbrel and dance/ with lute and pipe/ with resounding cymbals/ with loud clashing cymbals.” In the ancient temple, the Levites would accompany the sacrificial offerings with singing and musical instruments.

In our day, we don’t need a playbook to tell us to sing when we pray. It comes naturally. Melodies tether us to one another and to God. There is a mystical power in unbridled human song. It lifts the spirit and brings us to our feet, evoking the passion and celebration at the shores of the sea.

May we take a page from Miriam’s song book by creating our own unique songs of praise to God. They don’t have to be long, just love notes from the heart. On whatever shores we find ourselves, may these songs bring us together in freedom, community and lasting peace.

Rabbi Danielle Upbin teaches widely on Jewish spirituality, meditation and yoga. She is also the associate rabbi and prayer leader at Congregation Beth Shalom in Clearwater, Florida. Her musical release, “Reveal the Light,” is available on Amazon, iTunes, and Spotify or through her website, danielleupbin.com. 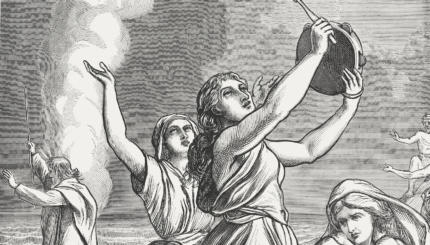 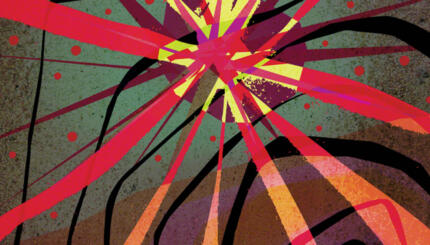 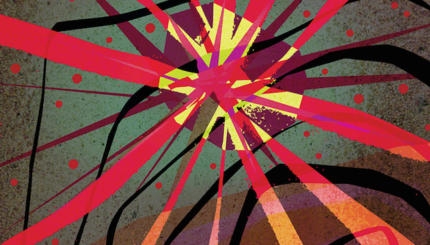 Liberation comes only to the courageous.