On today’s page, the sages engage in a detailed discussion about bathing on Shabbat. In an age before indoor plumbing, bathing did not mean hopping into the shower, but rather going to a community bathhouse with several rooms for soaking in warm water, sweating in steam, rinsing in cool water and exfoliating and/or moisturizing the skin. In other words, in the world of the rabbis, bathing was akin to attending a spa.

On the previous page, it was established that one may not bathe in warm water on Shabbat (at least, not one’s entire body). The primary concern is that the water will be heated in a way that violates Shabbat, perhaps by lighting or stoking a fire, but the halacha is fairly stringent on this point — one may not bathe even in water that was heated ahead of Shabbat.

One might wonder: why not? If the water can be heated ahead of Shabbat, why shouldn’t people enjoy this luxury on a day that is designed to be a foretaste of the World to Come?

The answer turns out not to be logical, but rather historical:

Rabbi Shimon ben Pazi said that Rabbi Yehoshua ben Levi said in the name of bar Kappara: Initially, people would bathe even on Shabbat in hot water that was heated before Shabbat. The bathhouse attendants began to heat water on Shabbat and say that it was heated before Shabbat. Therefore, the sages prohibited bathing in hot water and permitted sweating.

Initially the halacha was far more lenient (and logical). As long as the water was heated ahead of Shabbat, the sages thought it perfectly reasonable to bathe on the Sabbath — and did so themselves. But then some bathhouse attendants cheated, warming water on Shabbat and telling clients that it had been heated ahead of the sacred day. Unable to ensure the honesty of the attendants, the sages tightened the law and forbade soaking in warm water (though they continued to permit use of the sauna for sweating). Then this happened:

People would still bathe in hot water and say: We are sweating, and that is why we entered the bathhouse. Therefore, the sages prohibited sweating and permitted bathing in the hot springs of Tiberias.

Now, it is no longer the bath attendants who are dissembling, but the bathers themselves — claiming they are heading into the bathhouse for the sauna, then heading for a dip. So the rabbis tightened the law again and forbade bathhouses entirely (soaking or sweating), permitting bathing only in the natural hot springs of Tiberias. Alas, people took advantage of this rule, too:

Again, people cheated the system. Frustrated, the rabbis tightened the law once again and forbade bathing in warm water of any kind or visiting a sauna. But this rule proved so stringent that people simply ignored it:

When the sages saw that their decrees were not upheld by the people because of their stringency, they permitted them to bathe in the hot springs of Tiberias, and the decree prohibiting sweating remained in place.

Finding their strict ruling ignored, the rabbis chose to relax the stringency and became a bit more permissive; bathing in the springs of Tiberias was once again permitted.

The history on today’s page provides a wonderful window into the give-and-take between the rabbis and other Jews, and of the way that rabbinic law is shaped not only by careful application of scripture and logic, but by a consideration of human behavior.

Read all of Shabbat 40 on Sefaria.

This piece originally appeared in a My Jewish Learning Daf Yomi email newsletter sent on April 15, 2020. If you are interested in receiving the newsletter, sign up here. 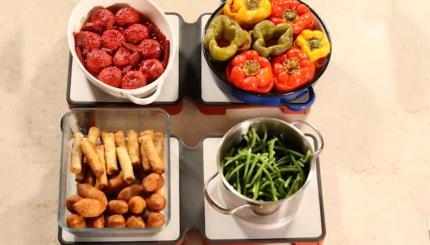