When is Rosh Hashanah 2018? Click here to find out.

This article is excerpted from Entering the High Holy Days and is reprinted with permission from the Jewish Publication Society.

The [post-biblical] development of the High Holy Days may be traced through sources compiled in the period following the destruction of the Second Temple (in the year 70 CE)and later recorded in the Mishnah (edited in 200 CE by Rabbi Judah the Prince). How much of the material was created only after the destruction and how much may have been produced earlier is a matter for conjecture. One should note, however, that discussions about the prayers of Rosh Hashanah are already recorded in the teachings of the schools of Hillel and Shammai, which would date these materials to the first century CE.

Of greatest import, however, is the information given in the Mishnah about the role of judgment on the first of Tishrei, now designated simply “Rosh Hashanah”:

“On Rosh Hashanah all human beings pass before Him as troops, as it is said, “the Lord looks down from heaven, He sees all mankind. From His dwelling place He gazes on all the inhabitants of the earth, He who fashions the hearts of them all, who discerns all their doings” (Ps. 33:13‑15) (Mishnah, Rosh Hashanah 1.2). 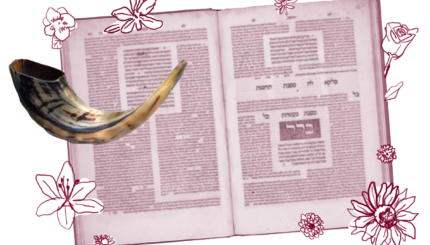 Rosh Hashanah deals not just with the Jewish New Year, but also with questions of how the Jewish calendar is decided.