Rabbi Yehuda HaNasi (Judah the Prince) was a prominent Jewish leader who lived in the second century of the Common Era and is credited with being the editor of the Mishnah. The title nasi refers to his having served as head of the Sanhedrin, the highest rabbinical court in ancient Israel. Rabbi Yehuda HaNasi was the first Jewish leader to have that title appended to his name. He is also known throughout the Talmud as Rebbe (“my teacher”) and Rabbeinu Hakadosh (“our holy teacher”), titles that testify to his singularity among the ancient rabbis.

Stories of Rabbi Yehuda HaNasi’s piety and generosity, not to mention his countless positions on matters of Jewish law, are littered throughout early rabbinic literature. But it is his status as redactor of the Mishnah, the earliest and most influential code of Jewish law, that most establishes his significance in Jewish history. Compiling this monumental work, a distillation of a vast body of oral traditions said to trace back to the revelation at Sinai, took over a century and was the work of many authors. But Rabbi Yehuda HaNasi is credited with being the work’s final editor, though some sections were added after his death. (A mishnah in Tractate Sotah even mentions his death, noting that after it “humility and fear of sin ceased.”)

The Mishnah would become the basis of the Talmud, and by extension the methodology that would guide centuries of rabbis in puzzling through the complexities of Jewish law. It also helped preserve traditions that were in danger of being lost in the wake of the destruction of the Second Temple. According to Maimonides’ Introduction to the Mishnah, prior to Rabbi Yehuda, these traditions had been passed down orally, from teacher to student. But Rabbi Yehuda lived at a time of intense persecution under Roman rule and he feared the tradition would be lost.

“He collected all the teachings, all the laws, and all the explanations and commentaries that were heard from Moses, our teacher, and which were taught by the courts in each generation concerning the entire Torah,” Maimonides wrote. “From all these, he composed the text of the Mishnah. He taught it to the sages in public and revealed it to the Jewish people, who all wrote it down. They spread it in all places so that the Oral Law would not be forgotten by the Jewish people.”

Like other rabbis of the period, much of what we know of Rabbi Yehuda HaNasi’s life comes from stories in the Talmud and other rabbinic writings. He was said to have been born on the same day that Rabbi Akiva died a violent death (around 135 CE) at the hands of the Romans. A story told by one of the talmudic commentators relates that Rabbi Yehuda’s father, Rabbi Shimon Ben Gamliel, circumcised him despite a Roman edict forbidding the practice. When word reached the Roman authorities, Rabbi Yehuda’s mother was ordered to appear with the child before the emperor in Rome, but a Roman woman who had just given birth herself took pity on them and agreed to switch her baby with Rabbi Yehuda.

Whether Antoninus’ generosity is the source of Rabbi Yehuda’s wealth is never made explicit, but it’s clear from many talmudic passages that he was exceedingly comfortable. Like Antoninus, Rabbi Yehuda HaNasi’s home never lacked for radish, lettuce or cucumbers, regardless of the season. During a time of drought, Rabbi Yehuda once made his own food supplies available to the hungry. And he had such abundant livestock, even his stableman was wealthier than a king.

Rabbi Yehuda spent much of his later years in ill health. The Talmud reports he suffered from scurvy, intestinal distress and kidney stones, with the latter causing such discomfort that his screams of pain could be heard at sea. The circumstances surrounding his death are also described at length. As he suffered from his illness, his colleagues prayed intensely for his recovery. But Rabbi Yehuda’s servant saw his pain and threw a jug from the roof of the house, momentarily distracting the rabbis from their prayers, at which point he died. On the day of his funeral, the Talmud states, a divine voice called out from heaven saying that whoever was present at Rabbi Yehuda’s funeral was destined for life in the World to Come. 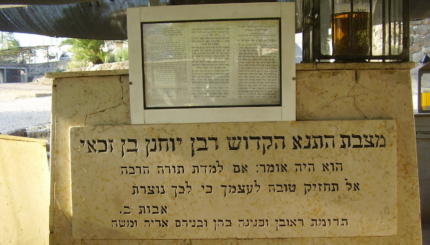 Many rabbis of the same name served as Nasi or Prince.