As they had in times of crisis before, the religious leaders of the Jewish people turned their gaze inward [after the destruction of the Second Temple in 70 CE] and found strength in Torah. And as they had before, they adapted to a new situation. The synagogues had evolved as a response to the Babylonian Exile. Ezra had used the “scroll of Moses” as a rallying point for the Jewish masses.

Now the rabbis would turn their attention to the codification of Jew­ish law, shifting the focus of Judaism from Temple to Torah, to creating a Judaism whose invisible walls could not be breached by any intruder, no matter how heavily armed.

READ: Why the Mishnah is the Best Jewish Book You’ve Never Read

In the period following the destruction of the Second Temple, the rabbis would establish the canon of the Tanakh, set the basic structure of the prayer service, and begin the lengthy process of codifying the Law, of creating the Oral Torah.

There had been collections of halakhic [legal] rulings in the past. Rabbi Meir had recorded and arranged the rulings of his mentor, Rabbi Akiba, in the second century C.E. Tannaim of earlier generations had also collected oral rulings, particularly those handed down in their own academies. But it was Judah Ha-Nasi (also known as Judah the Prince and Rabbi) who undertook the monumental task of creating a compre­hensive book of halakhah up to his time, the Mishnah (from the Hebrew shanah/to repeat, “teaching by oral transmission”).

Over a roughly 20-year period between 200 and 220 C.E., Judah Ha-Nasi created a veritable constitution, an authoritative guide to Jew­ish law for judges and teachers to use. By doing so, he and the rabbis with whom he worked were asserting the continuing uniqueness of the Jewish people. At the same time, they were creating an authoritative version that would be the center of discussion, classification, and interpretation for generations to come.

But it did more. Not only did the Mishnah present a practical solution to a real-life problem—creating a manageable handbook of legal opinions—it also sent a message to the Jewish people in a time of darkness. With its focus on the immutable nature of worship—the endless rhythms of the Jewish calendar, the unchanging problems of ritual cleanliness and impurity—the Mishnah presented Judaism as a faith and practice not bound by the fleeting passage of historical time.

Bar Kokhba is defeated? The new moon still will come this month and need to be welcomed on Rosh Chodesh [the first of the new month]. The Romansoppress us yet again? Spring still means Pesach and summer Shavuot. Whether Jerusalem is in the hands of the Persians, the Greeks, the Romans, or the Turks, Jews will still get married, give birth and be born, eat, work, and die, and the rituals that govern those realities must be themselves governed. Thus the Mishnah is a book of “an eternal present,” as it has been phrased by Jacob Neusner.

Essentially, the Mishnah is a collection of legal rulings and opinions, written in what has come to be known as Mishnaic Hebrew. Distinct from biblical Hebrew grammatically and, to some extent, in vocabu­lary, Mishnaic Hebrew has been proven by archaeological finds to have been the everyday language of the Hebrews of Judea at the time of Bar Kokhba. However, when the centers of rabbinic learning shifted to the Galilee, where Aramaic was the common tongue, Mishnaic Hebrew was destined to become a dead language, and by the end of the tannaitic period it had.

The Mishnah is divided into six sedarim (orders), a structure that the Tosefta (a supplementary collection compiled anonymously in the same period) and both the Palestinian and Babylonian Talmuds will follow. This order also gives Talmud one of its nicknames, shas, an acronym derived from shishah sedarim (six orders). Each of the Orders, in turn, has between seven and 12 subdivisions called masechtot (tractates, sing. masechet), of which the Mishnah contains 63. The tractates are divided into perakim / chapters, and the smallest units are designated as mishnayot (sing. mishnah) in the Babylonian Talmud or halakhot in the Palestinian Talmud. The tractates are given in order of length, beginning with the ones with the most chapters and continuing to those with the fewest.

Each of the six orders is named in a way that suggests one of its pri­mary topics. The first order, Zeraim (Seeds) deals particularly with laws of agriculture. The second order, Mo’ed (Appointed Seasons), covers the laws governing the festivals, fast days, and the Sabbath. The third order, Nashim (Women) primarily is concerned with laws governing marriage, divorce, betrothal, and adultery (although this order also contains the tractates Nedarim [Vows] and Nazir, which deals with the Nazirite vows of asceticism). The fourth order is Nezikin/Damages, and is largely con­cerned with what modern Anglo-American courts would call civil and criminal law, but also includes laws governing the treatment of idola­ters, and the most commonly read tractate of the Mishnah, Pirkei Avot (Sayings of the Fathers), a collection of ethical maxims. The fifth order, Kodashim (Holy Things) covers such Temple-related matters as sac­rifices, ritual slaughter, and the priesthood. The sixth and final order is Tohorot /Purities, and the majority of the tractates within it deal with issues of ritual purity and impurity.

Several things are immediately apparent from a survey of the six orders of the Mishnah. First, the structure of the book, despite some attempt at a systematic organization, is more than a bit haphazard. In part, the problem lies in Judah’s decision to incorporate large sections of material intact from earlier sources; earlier collections often grouped rulings by their authors rather than subjects. For instance, in the middle of the Tractate Rosh Hashanah, we find a series of rulings from Yohanan ben Zakkai that have nothing to do with the festival of the New Year. However, the structure also reveals the associative tech­niques that were often typical of the rabbinic mind at work; the order Nashim includes betrothal and marriage, wouldn’t it make sense to include other laws governing vows as well? After all, each of these kinds of vows—betrothal and marriage, legal and financial—involved what was considered in ancient times to be a transfer of title to property [marriage is a transfer which is related but clearly distinct from a property transfer—ed.]. On the other hand, within each tractate only one subject is pursued.

Second, the prominence given to issues relating to the Temple—vir­tually the entirety of Kodashim and sections of all the other orders except Nashim—suggests that the Tannaim were committed to preserv­ing Jewish continuity in the face of disaster. Perhaps the Temple had been destroyed more than 100 years ago, but they would carry on as if it were eternal, as sure as the turning of the earth. (Not every great Jewish thinker agreed with this focus on the long-defunct cultic rituals. Abraham Ibn Ezra, for one, decried scholars who devoted their time to the study of halakhah that had no practical relevance.)

Third, in its unusual focus on the quotidian—laws governing agri­culture, criminal and civil law, rules governing the nuts and bolts of religious observance—the Mishnah is an elegant reminder of one of the governing principles of Judaism as a belief-system: that everything we do, no matter how mundane, has a spark of the holy within it. If we run through the areas of concern expressed in the tractates of the Mish­nah, we can see how its worldview shaped Judaism.

A look into the psyche of ancient Judaism. 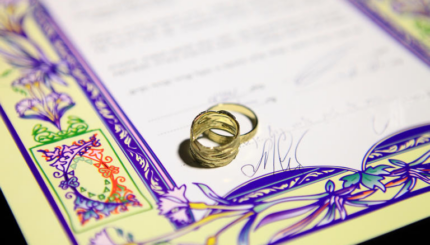 Maimonides on the Six Orders of the Mishnah

The sequence of the six orders follows the precedent of Scripture