With the rebirth in the late 1900s of klezmer–traditional Jewish music from Eastern Europe–Jews, and sometimes non-Jewish, musicians did what artists do: took the art of the past and ran with it, creating new sounds experimenting with the music in new ways. Excerpted with permission from Discovering Jewish Music (Jewish Publication Society).

The rebirth of klezmer and its obvious appeal to a wide range of audiences predictably inspired a similar fusion of Jewish and other musical forms. Among the first and most seemingly obvious “foreign” interpreters of this newborn klezmer music was Don Byron, an African American clarinetist who was among the original members of the Klezmer Conservatory Band.

Even after leaving the band, Byron kept klezmer in his act, achieving a measure of notoriety that helped launch his solo career. At the same time, he promoted Jewish music in a community unfamiliar with (but ultimately appreciative of) the improvisatory aspects of klezmer and its affinity to both blues and jazz styles.

Classical violinist Itzhak Perlman’s infatuation with klezmer and the subsequent PBS broadcasts and recordings of his appearances with a variety of ensembles brought another new audience to this Old World music. Just as artistic renderings by members of The Society for Jewish Music brought the European intelligentsia to a new appreciation of Jewish folk songs, so Perlman’s “endorsement” enabled music lovers accustomed to more classical concerts to embrace klezmer as a lively and legitimate art form.

Others capitalized on klezmer’s historic ability to assimilate musical sounds of the surrounding culture and began to expand the parameters of “traditional” Jewish music. In America, groups like the Klezmatics have begun to push the envelope while clearly evidencing a love for the culture of klezmer. Their music combines the traditional, celebratory aspects of klezmer with original sounds and an almost confrontational style that demands attention from the non-Jewish community. Addressing anti-Semitic stereotypes in America and in Europe (where fans of klezmer from outside the Jewish communities there clamor for tickets to Klezmatics concerts), the clever title of one of their best selling albums was Jews with Horns.

Klezmer scholar Henry Sapoznik has described the Klezmatics as “the group most responsible for creating a bridge between traditional forms and contemporary esthetics,” combining the diverse musical backgrounds of the band’s members (jazz, rock, bluegrass, and rap) with the traditional sounds and instrumentation of the historic klezmer repertory.

Others have perceived klezmer as an all-purpose catchall, able and willing to incorporate as many musical innovations as their creativity can conceive. A 1995 exploration of the klezmer phenomenon by Joel Lewis described a haughty “in-your-face” style of ostensibly Jewish music that believed itself to be a legitimate inheritor of the klezmer tradition but that has troubled even the most open-minded fans of contemporary klezmer. Henry Sapoznik registered his concerns, noting that some musicians who claim to be playing klezmer are actually “obscuring the difference between Jewish music and music played by Jews.”

In a series of recordings on his new label, Tzadik, John Zorn’s Masada has drawn on his backgrounds in soul, jazz, and even classical music. Concerts at New York’s Knitting Factory, an avant-garde performance venue, have featured the saxophone-playing Zorn and other performers in so-called “Radical Jewish Music Festivals.” The titles of the songs are in Hebrew and the performers themselves often appear with dangling tzitzit [the fringed-garments observant Jews wear under their shirts]; but the “Jewish” pedigree of their music is called into serious question by traditionalists who prefer to find a sense of musical continuity in music that purports to represent Jewish culture.

Pushing the Envelope Without Ripping Its Seams

But if some styles and would-be stylists of Jewish music have appeared to go too far in claiming a relationship between their art and Jewish tradition, others have found a way to push the envelope without ripping its seams. Mirroring the higher profile of spirituality in modern society (Jewish and non-Jewish) and the frequent return to Jewish tradition by successful entrepreneurs whose previous association with Jewish life was tangential at best, Jewish musicians from all backgrounds have returned to try to reclaim their Jewish musical roots.

In 1996, television actor and Broadway entertainer Mandy Patinkin weighed in with Mamaloshen, a collection of richly orchestrated Yiddish songs from the folk tradition and the theater repertoire sung endearingly by Patinkin in a well-studied Yiddish (tutored by Henry Sapoznik). Patinkin’s recording features translations of the Yiddish texts; he does not assume that his listeners will be familiar with this material, although audiences at his live performances of these songs have been filled with immigrant grandparents as well as their American-born grandchildren.

Yet despite the accolades that have greeted the work of Sidran, Burger, and Patinkin, each has also stepped into “controversial” territory. For Sidran and Burger it is their treatment of the most “classic”–and emotion-laden–selections that raises eyebrows and lowers the comfort level of even the most open-minded listeners. Some feel that Sidran’s rhapsody on Ani Ma’amin (I Believe), the anthem sung by Holocaust victims with their last breath, does not resonate as “fresh” or “contemporary” as much as it offends with its lack of reverence for the history and pathos of the simple melody. Others think that Burger’s treatment of “Hatikvah,” the Zionist hymn that has become the anthem of the Jewish state, is similarly lacking in historical background or respect.

Patinkin commits the greatest “sin,” though, by mixing authentic Yiddish musical memorabilia with tunes written by American Jews but with absolutely no pretense of Jewish identification. Irving Berlin was certainly among the best-loved American composers of popular song, but neither the civil religion of “God Bless America” nor the secular commercialism of “White Christmas” could possibly be mistaken for Jewish music, any more than “Take Me Out to the Ball Game” could be transformed into Jewish culture by being sung in Yiddish–no matter how many Jews enjoy the American national pastime.

Completing the Cycle: New/Old Music for a New Age

Other recent revisitations of the Yiddish experience have been more successful and, indeed, have brought the Ashkenazic musical experience full circle. A 1998 collaboration between the Klezmatics and Israeli singer Chava Alberstein produced The Well, a collection designed to rescue Yiddish poetry written in the era after the Holocaust from an extinction caused consciously or subconsciously by a conspiracy between the Hebrew vernacular of the Jewish state and the English language of America-the alternate haven of the refugees from Yiddish-speaking Europe. Chava Alberstein began her career singing the Yiddish songs of her parents’ generation. Despite adopting the Hebrew language (and becoming one of Israeli song’s best-known exponents), Alberstein retained a deep love for her mamaloshen (mother tongue), to which she eagerly returned.

The Klezmatics’s embrace of klezmer music brought its members into the world–and aura–of Yiddish music. Their performances are alternately lauded for the continuity of their “true klezmer spirit” and the audacity of their incorporations of rock, jazz, and new age sounds into a supposedly “traditional” folk genre. The band’s lead violinist, Alicia Svigals (b. 1963), has admitted that there is tension between the two poles of their music, but concludes that their “authenticity” (and that of most other modern klezmer bands) lies in their ultimate rejection of the American experience: “Coming from generations that tried and tried to assimilate, we realized that we’re pretty happy that we’re still sort of unassimilated. We’ve got something that is not quite American. It’s its own thing.” 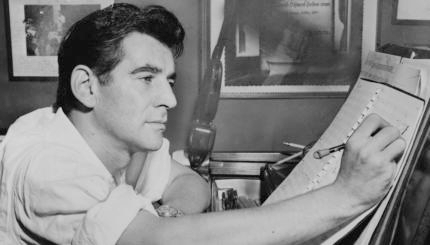