The well-known scholar of mysticism Gershom Scholem linked mysticism with messianism when he posited a direct connection between the proliferation of Isaac Luria’s kabbalah with the 17th-century messianic movement of Sabbatai Zevi. According to Lurianic theology, its adherents should devote their lives to tikkun, mending cosmic disharmony; redemption will come when tikkun is achieved. According to Scholem, the spread of this theology sowed the seeds of redemptive/messianic fervor. Moshe Idel, arguably the other most eminent scholar of Jewish mysticism, has questioned the claim of a relationship between Lurianic kabbalah and Sabbatai Zevi, but he too has suggested a connection between mysticism and messianism. Below is a review of his scholarly work Messianic Mystics. Reprinted with permission from The Jewish Quarterly Review (July-October 2000).

This book asks a fundamental question about the relationship between Jewish history and Jewish thought: How do the various strands of Jewish messianism and Jewish mysticism influence and interact with one another? Do certain schools of Jewish mystical thought lead to active messianic movements, as Gershom Scholem posited in the case of Lurianic kabbalah and the movement of Sabbatai Zevi?

Moshe Idel has explored the multiple interconnections between mystical systems and other intellectual and historical movements throughout his scholarly career. In this book, he attempts to synthesize his ongoing interrogation of the effects of schools of Jewish thought on Jewish historical movements. The book under review, then, is not a conventional history of “messiah” figures or even of messianic ideas. It is also not a book for the uninitiated, for it is neither a tightly constructed argument concerning the interaction of these two vital spheres of Jewish life and thought, nor a narrative‑historical account.

Narrowing the Gap Between Christian and Jewish Messianism

Idel has written a discursive meditation on the variation within Jewish mystical systems and their possible links to contemporaneous messianic expressions.

This book continues a long‑standing polemic which Idel has conducted against Gershom Scholem’s exposition of the influence of mysticism on messianism in several respects.

Idel’s discussion of the centrality of the person of the messiah in Christianity, as compared to its function in Jewish thought, clarifies this important distinction.

In a thoroughgoing and informative dis­cussion, Idel attempts nothing less than a redefinition of the notions of mes­sianism, which Scholem popularized, to include the more individualistic, mystical quests for redemption. Idel will consider both types of Jewish mes­sianism [i.e. the nationalistic and the individualistic] regardless of “historic importance or significance” (p. 33). This affirmation places his book firmly within the history of ideas rather than history proper, although some of the messianic mystics later contribute to influential historical movements.

Idel also diverges from Scholem’s position in his polemical perception that mysticism is not a static form of knowledge. Since mystics often perceive God and the world as ever‑changing, both God and the world are changeable. This knowledge can propel the desire of the mystic to effect changes within God and to act within the world. Instead of viewing mysticism and messianism as separate, almost mutually exclusive states of mind, Idel sees mysticism as the source of some, but not all, strands of messianism.

Idel advocates raising other forms of messianism to the same “level of authenticity” as apocalyptic writing, thus challenging and expanding the conventional definitions of Jewish messianism.

One of the central theses of Scholem’s Sabbatai Sevi that Idel seeks to confute is the link between messianism and catastrophe. Scholem posited and accepted the existence of a causal relationship between the two. Rejecting the Cossack uprisings of 1648-1649 as chronologically convenient but lacking sufficient basis, Scholem saw the Spanish expulsion of 1492 as the calamitous catalyst for [Isaac] Luria’s kabbalah leading directly to the movement of Sabbatai Zevi of 1665.

The lack of any significant development in Jewish messianism during the 14th century, a century marked by the Black Death and ruinous persecution of Jews in Christian lands, provides sufficient proof, Idel argues, that catastrophe does not necessarily precipitate outbursts of messianism.

Messianism Not Necessarily Cultivated by Mystics

Abraham Halevi was unique among the Spanish/Portuguese expellees in his acute preoccupation with messianism. Other exiles manifested a very conservative bent. They desired to rebuild and organize the kabbalah, not to create a new ferment in addition to the upheaval of exile itself. Indeed, Idel argues, the post‑expulsion manifestations of messianism were not necessarily cultivated by kabbalists.

Idel challenges the notion that the messianic ferment generally associated with Safed [where Isaac Luria lived] was a response to the Sephardic experience, arguing that it is actually the product of Italian eschatology, influenced in turn by local Christian apocalypticism. The proponents of acute messianism left a very small corpus of texts. Idel argues that by its very nature, acute messianism destabilizes, while the writing process conserves and consolidates, so there exists a negative correlation between the intensity of messianism and the production of texts.

Can Magic Bring the Messiah?

Jews under severe pressure sought consolation in “magical” or practical kabbalah because it advocated that magical practices could bring about the messiah almost instantaneously. It replaced the traditional theurgic view, in which the individual must perfect his intellect, or the people restore perfection to the Divine, over a long period of time. Jews saw “magical” kabbalah, with its secret formulae revealed to the redeeming figure, as closely bound to the advent of the messianic era.

Idel has studded Messianic Mystics with enough brilliant insights and challenging constructs to make it worthwhile to the scholar. To take just one example, Idel’s summary of the formation patterns of active and open messianic movements, which comprises less than one paragraph, presents as concise and clear a phenomenological picture of these movements as one could hope for.

Idel depicts Jewish messianic activists as operating along a pyramidic continuum in which “the active aspirant to the messiah [remains] at the top, the few messengers, apostles and prophets in the middle, and the much larger audience at the base” (p. 12). Each of the elements of this triad often misread and distorts the actual nature of the others in order to fit them into their respective expectations and agendas. 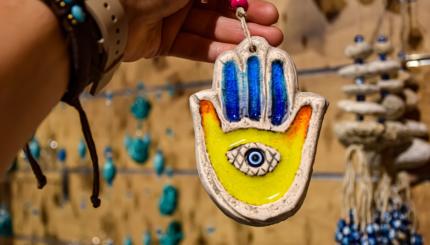 What prompted Jewish messianic zeal in the 16th and 17th centuries?