At first glance, you might not guess that a cookbook called Tasting Rome: Fresh Flavors and Forgotten Recipes From an Ancient City would be a treasure trove of Jewish recipes. But you’d be wrong–this brand new cookbook, by Katie Parla and Kristina Gill, devotes a few chapters to the stories and cuisines of the Roman Jews who immigrated there in the 16th century from Spain, and in the 1970s from Libya. 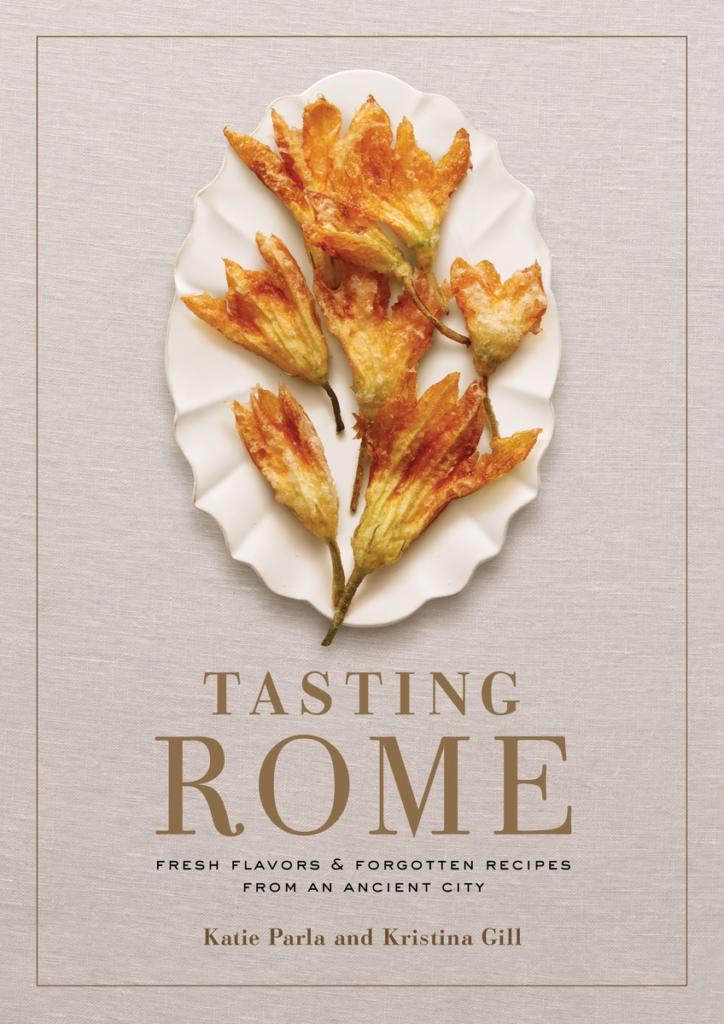 “Due in part to three centuries of isolation in a walled ghetto, Roman Jews crafted a distinct cuisine called the cucina ebraica romanesca, which coaxes intense flavor from paltry resources.”

The Roman Jewish community expanded, in 1967, to include thousands of Libyan Jewish refugees  fleeing anti-semetic violence. Parla and Gill next explore La Cucina Tripolina, the Libyan Jewish cuisine named after the capital of Tripoli. This North African cuisine is one that’s getting more and more attention–for good reason! Shakshuka you’ve heard of, but what about hraimi con couscous (spicy fish with couscous), taershi (garlic-rich pumpkin spread), and a number of phyllo pastries stuffed with fruits, nuts and sesame seeds?

Tasting Rome: Fresh Flavors and Forgotten Recipes From an Ancient City feels like a walking tour that takes you off the beaten path through narrow alleyways and ten-table restaurants.

Here is one of our favorite recipes from this book, a dish whose roots can be traced back to 1492, when Sephardic Jews fled Spain for Southern Italy. The technique of frying vegetables and marinating them in vinegar is most likely a Spanish one.

Combine the garlic, mint, and vinegar in a medium bowl and set aside.

Line a wire rack with paper towels. In a medium frying pan or cast-iron skillet, heat 2 inches of neutral oil to 350°F. Fry the zucchini in small batches until golden brown or darker, if you wish, and transfer to the rack to drain. Season with the salt.

Add the zucchini to the vinegar marinade and toss to coat. Marinate in the refrigerator for at least 2 hours or overnight.

Serve garnished with additional fresh mint and drizzled with olive oil, on its own as a side dish or as a sandwich filling: Slice open bread such as Passi’s Ciabattina, fill with concia, and drizzle with some leftover marinade.

Note: If the zucchini are very bitter, salt them in advance. Place the zucchini slices in a colander set over a bowl or over the sink and sprinkle with salt. Allow the slices to sit for an hour or two; some liquid will drain out. Rinse and pat dry before frying.

Loads of fresh vegetables and fish are paired with aromatic spices like turmeric, ginger, saffron, and cumin. 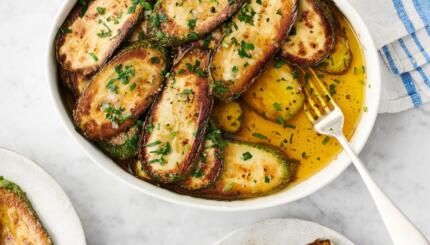 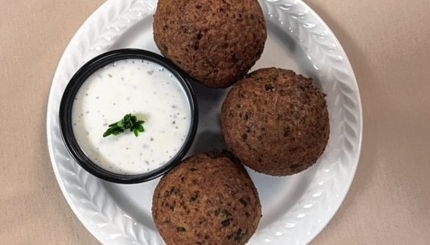 Photo from Jarrod Charsky / The Oaks Move over, falafel balls–deep fried matzah balls are the next big thing!At the ...