Messianic Judaism, (a branch of which is “Jews for Jesus”) is a religious group that has tried to straddle the line between Judaism and Christianity. According to this group, Jesus, or Yeshua in Aramaic, was the Messiah, and he died on behalf of the world’s sins. They also believe that the Jews are the chosen people, and that the explicit laws of the Torah, such as observing Shabbat, holidays, and circumcision must be obeyed today.

The origins of this group can be traced back to the Hebrew Christian missions to the Jews in the 19th and early 20th centuries. By the 1960s and ’70s Messianic Judaism was gaining popularity, known by many as “the Jesus people,” and eventually Jews for Jesus.

An Ethnic Church for Jews

Messianic Judaism is often presented as an ethnic church for Jews–somewhat like a Korean or Chinese church, but with outreach specific to Jews. However,  most experts estimate that in most Messianic Jewish congregations only about half the members were born Jews.

Messianic Jews include the New Testament in their canon and believe that there is foreshadowing and predictions of Jesus in the Old Testament. Supersessionism, the belief that Jesus was the fulfillment of the promise made by God to the Jews in the Tanach (Hebrew Bible), is accepted by Messianic Jews. But unlike  other Christian groups that believe in supersessionism, Messianic Jews maintain a desire to practice many of the commandments given in the Torah.

For example, believers in Messianic Judaism adhere to some of the laws given in the Torah, such as resting on Shabbat, not eating pork and shellfish and observing biblical holidays like Sukkot and Passover. However, the faith does not adhere to rabbinic law, and eschews the authority of the Mishnah and Talmud.

A core component of Messianic Judaism is witnessing and missionizing to other Jews. According to the evangelical theology accepted by Messianic Jews, those who are not saved are destined for eternal damnation. Helping to bring someone to Yeshua and thus to salvation is a responsibility of all Messianic Jews, and many embrace that role, particularly when it comes to Jewish members of their family. This is often at the root of the animosity between Messianic and mainstream Jewish communities.

When Messianic Jews try to do outreach within the mainstream Jewish community they are often met with resistance and outrage. Among other things, the Jewish community objects to the title Messianic Judaism, because the messianism practiced by Messianic Jews is Jesus-focused, and thus by definition not Jewish. The use of the term Messianic Judaism strikes many as a subversive way of attracting Jews who do not know enough about their faith to realize that what they are learning about is Christianity.

Foremost among the groups that work to counter Messianic Jewish evangelism is Jews for Judaism, an organization focused on strengthening and preserving Jewish identity for those who have been targeted for proselytizing by Messianic Jews.

Messianic Jewish prayer services include much of the traditional Jewish liturgy, often edited and amended to include references to Yeshua. Hebrew is common in Messianic Jewish congregations, and there is a growing trend towards including dance in their services. The dances are in the spirit of Israeli folk dancing.

Today, there are an estimated 400 Messianic Jewish congregations worldwide, with 10,000-15,000 Messianic Jews in Israel, and about 200,000 in the United States. Congregations (called synagogues) can be found across the country, mainly in communities with a large existing Jewish community. 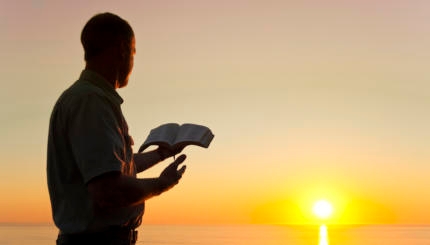