Anti-Semitism in the 21st Century

For four years, two smart emissaries for the Jewish Agency for Israel have organized an annual weekend retreat for Russian-speaking American Jews called Mitbachon, Hebrew for “kitchenette.” The goal of the retreat is to help connect post-Soviet Jews, who are presumed to have little connection to Jewish identity, to one another and, in the process, encourage them to be more Jewish. This year, I was invited to be one of the presenters.

After checking into a non-descript hotel in the suburbs of San Francisco, I slipped into one of the evening roundtable sessions. Thirty Russian-speaking Jews were each holding a paper hand, traced off of their own, with each finger describing one of their connections to Jewish identity. It was one of those slightly corny oh-so-American Jewish camp tricks to get the participants thinking about things Jewish and over-sharing personal feelings on the first night of the retreat.

The participants, ranging in age from their mid-20s to late 30s, were good sports, as they held up their little hands and spoke from the heart. And nearly all of them were doing it in Russian. Most of the participants had been in the United States for many years, some longer in the US than in the former Soviet Union. Though they normally speak English on the streets and Russian with their parents, at the retreat, Russian was what brought them together. Perhaps like Yiddish was to immigrant Jewish families 80 years ago, Russian is a Jewish linguistic marker of these young adults’ past and present.

Many in the room that night spoke wistfully about how food connected them to Jewish culture and identity, some mentioned grandparents and parents, and then one woman stopped the room in its tracks. “I’m sorry to say, but anti-Semitism is what made me a Jew. How can I not remember feeling so alienated from my neighbors and fellow students back in Russia.” Nods went around the room.

In fact, every single Mitbachon participant with whom I spoke had experienced some form of discrimination because of his or her Jewishness. I was surprised that so many of them wanted to talk about anti-Semitism, and was frankly not sure that spending so much time speaking about their anti-Semitic Soviet pasts was the best way to foster positive Jewish identity in America.

Still, I incorporated a discussion of anti-Semitism into my Shabbat morning Torah study session. That morning, we did an exercise asking people to brainstorm their relationship to key concepts like Israel, community, Russia, anti-Semitism, and American Jews. When it came to Israel, they started asking themselves why they were so much more committed to Israel than their American Jewish counterparts:

“We’re Soviet, so we believe in a strong militaristic state, like Israel, unlike Americans, who believe in diplomacy.”

“We all have relatives there, so we have a bigger investment in Israel than your average American Jew.”

And then one young woman violated an apparent taboo that I hadn’t heard articulated, and I suspect others had not discussed openly:

“Why are we here, in the comforts of America, while most Soviet Jews moved to Israel to build the state, serve in the army, but also to take lower status jobs. You know why we all said that we love Israel so much. It’s because we’re guilty that we’re not there!”

The Jewish Agency for Israel

Given the participants’ connections to Israel and the lack of investment of major American Jewish foundations in Russian Jews, it is not surprising that Mitbachon is organized by the Jewish Agency for Israel–an organization that, once upon a time, focused on aliyah, encouraging immigration to Israel among Jews around the world. Today, as most large Jewish populations live in politically and economically stable countries, and as Jewish immigration has decreased, the Jewish Agency has remade itself.

No longer is it speaking in the name of Theodor Herzl, the founder of political Zionism, to save downtrodden Jews from around the world. It now speaks the language of Ahad Ha’am, the founder of cultural Zionism, who argued that a Jewish state’s primary role was to serve as a beacon of Jewishness to the rest of the Jewish world.

Mitbachon reflects part of Sharansky’s vision. At the retreat, Israelis from the former Soviet Union, working as emissaries in the US for the Jewish Agency, used an American form of community building to develop Jewish identity among their fellow Russian-speaking compatriots, albeit those whose families ultimately chose America over Israel. And the retreat brought together Russian-speaking American Jews to learn about what makes them part of Sharansky’s “tightly connected family.” After all, in my workshop, we did Torah study on Saturday morning like Jews all over the world.

But as they spoke in Russian about anti-Semitism, Israel, and an American culture that many of them have trouble relating to, the participants may have actually been fostering precisely those feelings of alienation from local Jewish communities that the retreat should have been breaking down.

After all, we were in the San Francisco Bay Area and the Mitbachon organizers live in San Francisco and New York, bastions of pluralistic and radical Jewish culture. If place means anything–and I think that it does–it was important to introduce the participants to their Jewish present in America, not just to remind them of their anti-Semitic Soviet pasts and the possibilities of an Israel-centric Russian Jewish future, as embodied by the emissaries and Sharansky.

In retrospect, I should have spent more time showing them Jewish life in San Francisco, where queer clergy are found at many synagogues and Jewish Renewal is transforming Judaism. I should have taught them about Brooklyn, home to Soviet émigrés, Chabadniks, and Williamsburg hipsters, or Queens, statistically the most diverse place in the world.

In other words, rather than being reminded of their alienation, while we were all traveling in this transient place called Mitbachon, these young Soviet Jewish immigrants might have been encouraged to envision their own sense of Jewishness and rootedness in America. 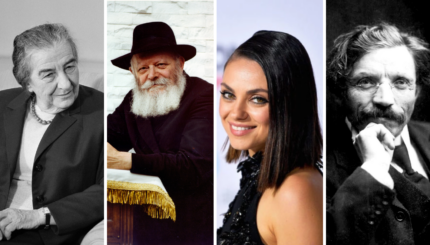