You may recall that several pages ago we  learned about a debate over d’varim sheino mitkavein (unintentional acts). The question there was about the permissibility of stopping up a barrel with a cloth, which would inevitably cause one to squeeze liquid out of the cloth, thereby violating one of Shabbat’s work prohibitions. On today’s daf, we encounter a similar debate about the continuity of an action and its consequences.

Throughout this daf and those surrounding it, the Gemara brings several examples of compound transgressions, and the rabbis debate whether, in such cases, one is liable for each applicable punishment or only the most serious of the punishments. Our daf offers one example:

Terumah, you will recall, is food that only priests may eat. A non-priest who takes terumah and eats it technically commits two transgressions: stealing something that doesn’t belong to him and eating something forbidden to him. Does he then need to reimburse the priest on account of the theft and become liable for karet (death at the hand of heaven) on account of the eating? Or does he only receive the more stringent of the punishments — karet?

In this teaching, Abaye says that he only receives the more stringent punishment, which is why he is exempted from reimbursing the priest. Rava, however, requires him to reimburse the priest, even knowing he will also suffer death at the hand of heaven for this particular deed.

Abaye and Rava’s answers differ because of how they define the action. For Rava, the act of theft and the act of eating are separate. For Abaye, they are all part of one misdeed. On the one hand, taking the terumah doesn’t mean that he will necessarily eat it; on the other hand, it seems in this context that he took it merely in order to eat it, subordinating the act of stealing to the act of eating.

The Gemara goes on to compare and contrast several scenarios and variations on each scenario, trying to pin down the concept introduced in these sugyot, kam lei b’draba minei — literally, “he remains with the greater of them,” or, when one is liable for two punishments, only the greater of the two is administered.

For example, the Gemara considers a variation on the above case in which the non-priest is forced to eat terumah because another person stuck it in his mouth, making the act of theft — the moment when the non-priest eating the terumah actually acquires the food — simultaneous with eating the food. Even in this case there is a debate between Rava and Abaye about whether one or two punishments are inflicted.

Tosafot (as well as other rishonim, early talmudic interpreters) debate the cases raised on this dafand the next, arguing that Rava and Abaye disagree because the non-priest is liable to two different parties: to the priest, from whom he took the terumah, and to God, who forbade eating the terumah. However, Tosafot suggest that the non-priest is liable for both punishments in this scenario because he is not obligated to two different people for one thing. Being obligated to God, in the sense that a Divine punishment will be meted out, is not the same as being obligated to repay a person.

So we are again left with the question: What constitutes an action? Is the intention essential, in which case a single “action” can actually consist of a series of related actions? Is it defined by whom the action affects, in which case a closely connected series of actions can be split into separate cases to be dealt with individually? Or is it defined by time, in which the simultaneity is of the essence, and anything that happens in one moment can be grouped together? Our daf offers several possible options, just as earlier we were offered several ways to think about the import (or lack thereof) of the intention behind an inevitable consequence.

Read all of Ketubot 30 on Sefaria.

This piece originally appeared in a My Jewish Learning Daf Yomi email newsletter sent on August 5th, 2022. If you are interested in receiving the newsletter, sign up here. 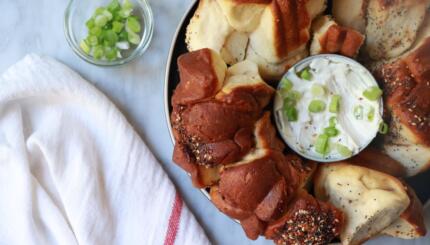