In the first verses of Bereshit (Genesis), God creates light and “there was evening and morning, the first day.” (Genesis 1:5) The rabbis reasoned that if the Torah, the product of divine revelation, said that the first day began with evening, that must have been God’s intention, for “days” to begin at sunset. So when the sky is streaked with the fading Friday sunlight, in Jewish homes around the world, candles are lit, blessings are said and Shabbat is welcomed. And in synagogues, the Friday Ma’ariv (evening) service begins with a series of hymns, Psalms, and blessings collectively known as Kabbalat Shabbat/ Welcoming the Sabbath.

In Orthodox congregations, Kabbalat Shabbat consists of Psalms 95 through 99, Psalm 29, the hymn Lecha Dodi (Come My Beloved), Psalms 92 and 93, a lengthy reading from the Talmud passages governing the Sabbath, placed here to separate Kabbalat Shabbat from Ma’ariv, and both the Mourner’s Kaddish and Kaddish de-Rabbanan, a Kaddish said after learning in a group, in honor of our teachers.

In Conservative, Reform and Reconstructionist services, the Talmud passages and the two versions of Kaddish may be omitted, often re placed by a half-Kaddish that separates the Kabbalat Shabbat from the Ma’ariv service proper.

Shabbat is a time of joy, and the six Psalms that make up the bulk of the Kabbalat Shabbat are celebratory, corresponding to the six days of creation; but it is Lecha Dodi that many feel is the true centerpiece of this portion of the Shabbat evening service.

In the 16th century, the small town of Safed, located in the mountains of Galilee in northern Israel, was a center of Jewish mysticism. Solomon ben Moses Halevi Alkabets was one of the many mystics who lived and studied there. On Friday nights, Alkabets and his colleagues would dress in white like bridegrooms and joyously dance and march through the fields outside town to greet the Sabbath, which is depicted in both Talmud and in mystical texts as a bride and queen. Around 1540, Alkabets, a poet, composed a beautiful ode to the Sabbath Bride, Lecha Dodi, urging Jews to greet the Sabbath and extolling her virtues.

The poem quickly became an eagerly awaited part of the Friday night service, adapted by German Ashkenazim within less than a hundred years. Today, with more than two thousand musical settings of Alkabets’s Hebrew text, it is recited or sung in virtually every synagogue in the world as the Sabbath is ushered in. In many congregations, when the final verse is sung and the words “Enter, O Bride,” are said, the worshippers will turn to the entrance of the sanctuary and bow in honor of the Sabbath Queen. (Incidentally, the initial letter of each of the first eight verses of Lecha Dodi form an an acrostic spelling of Alkabets’ name, one example of the linguistic cleverness or a poem that is full of biblical allusions, puns, and wordplay.)

Changes to the Amidah

After Kabbalat Shabbat, the basic shape of the Sabbath evening service closely resembles that of its weekday counterpart, up to the recitation of the Amidah, with the Barekhu, the Sh’ma, and the blessings that precede and follow it. Just prior to the recitation of the Amidah, however, worshippers recite an injunction to keep the Sabbath, known as V’shamru.

Moreover, the Sabbath version of the Amidah is considerably shorter than the daily version. On a day of joy, a day that reaffirms the covenant between God and the Jewish people, the rabbis thought it rude to ask for special favors. Hence the middle blessings of the Amidah, the blessings of supplication, are comitted. The Sabbath Amidah consists of the first three and last three blessings of the daily prayer, with a middle blessing that thanks God for the institution of the Sabbath. The middle blessing includes the biblical verses that refer to God’s creation of the Sabbath, in order to fulfill the rabbinic understanding of the command to “remember the Sabbath Day,” which appears in the Ten Commandments (Exodus 20). The rabbis interpreted this verse to include the necessity for verbal testimony to the holiness of the Sabbath, which is done twice on Friday night, during the Amidah and again during Kiddush, each time with the same verse from Genesis. At the end of the Sabbath Amidah, a short prayer, “the essence of [the] Tefillah,” called Magen Avot/Shield of Our Fathers, is read.

Although some members of a congregation will have already made Kiddush over wine at home before coming to the evening service (or will do so upon returning home afterwards), at this point in the liturgy the prayer leader will recite the Kiddush again. The historical evidence is unclear as to which came first, the home ceremony or the communal one. However, the rationale behind the duplication is believed to have its roots in the early days of the synagogue as an institution, when it doubled as a temporary place of lodging for traveling Jews; being on the road and away from home, they could count on making Kiddush and having a sip of Sabbath wine in the synagogue. The rabbis saw no reason to eliminate either recitation of the prayer and, indeed, in today’s busy workaday world, for many Jews Kiddush in the synagogue is the only one they will have a chance to experience on a given Friday night.

With Kiddush completed, the evening service moves quickly to its conclusion, with Aleinu and the Mourner’s Kaddish, and a final hymn, usually one of the many settings of the hymns Adon Olam or Yigdal, a hymn based on Maimonides‘ 13 Articles of Faith.

Reprinted with permission from Essential Judaism: A Complete Guide to Beliefs, Customs, and Rituals, published by Pocket Books.

Pronounced: ah-LAY-new, Origin: Hebrew, it is the name of a prayer that marks the end of all three daily prayer services.

The Significance of Shabbat

The spiritual meaning behind the day of rest. 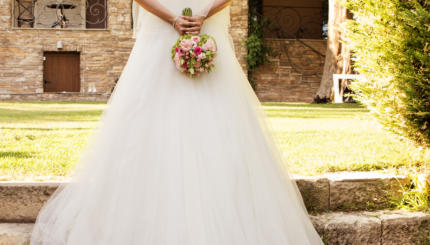 The mystical poem sung during Kabbalat Shabbat services is a model for our relationship with God -- and with each other.