How to Say Adon Olam

Adon Olam is a short piyut or liturgical poem that is recited at various times in the prayer service, but it is best known for coming at the end of Shabbat morning liturgy. Two different versions exist, a shorter, 10-line version is commonly recited in Ashkenazic congregations, while a longer 14-line version is popular in Sephardic congregations. Both versions focus on the themes of an eternal God, and the speaker’s absolute faith in God’s providence.

Adon Olam references some of the most famous lines in Psalm 23. Where the psalm says, “I fear no evil for You are with me,” Adon Olam repeats, “God is with me, I have no fear.” Where the psalmist exalts that “my cup runneth over” Adon Olam refers to God as “my cup of life.” These descriptions of a personal, attentive God dovetail nicely with the piyut’s use of the singular first person. Though the entire congregation in a synagogue often recites it together, the message of Adon Olam is that God is present in the day to day lives of every individual.

The first two words, Adon Olam, are the subject of some debate. Adon means master, or lord, but olam has some ambiguity. In the Bible, olam means ancient, eternal, or everlasting. In modern Hebrew olam means world or universe.

Some translations choose to interpret the first two words as Eternal Lord, in keeping with the biblical Hebrew, and this fits nicely with the rest of the line, that extols God’s presence in the world before any living thing was created. Other translations use the more conventional Master of the Universe, in keeping with the rabbinic Hebrew, emphasizing the theme of dominion which returns later in the sixth line of the prayer.

Click here to learn how to say Adon Olam

Traditionally, the authorship of Adon Olam is attributed to Solomon ibn Gabirol, an 11th century Spanish poet and philosopher. However, there is no evidence that he actually wrote it, and some scholars believe the hymn to be at least a century older, going back to the Babylonian Jewish community. It has been part of the Ashkenazic liturgy since the 14th century.

Adon Olam appears many times in the Jewish liturgy. It is part of the morning blessings said at the beginning of each day, and it is said at the end of the musaf service on Shabbat and holiday mornings. Some communities also say it at the close of services on Friday and holiday evenings, and Adon Olam is part of the short series of prayers recited before going to bed at night. One theory about Adon Olam is that it was first written as a piyut to be read before going to sleep because the penultimate line (in the Ashkenazic version) is, “I place my spirit in God’s care, when I wake as when I sleep.” The prayer is also said at the close of Kol Nidre services on the eve of Yom Kippur.

There are countless melodies for Adon Olam, and in some communities it is common to sing the prayer to a timely secular melody (Yankee Doodle on Fourth of July weekend, or Taxman on the week before Tax Day). In many communities children are invited up to the bimah to help lead Adon Olam.

The Jewish New Year at Home

The central home ritual of Rosh Hashanah consists of a special festive meal. 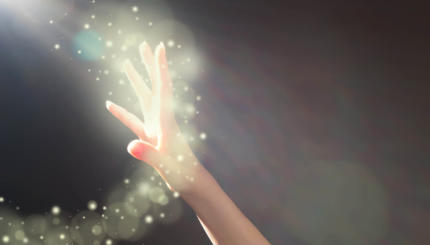